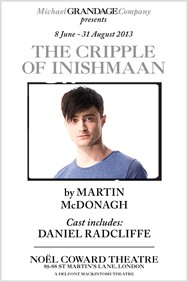 It’s summer in the city as the London theatre scene gets ready for an especially busy month. These are exciting times, with the long-awaited Charlie and The Chocolate Factory open for business at last, set to hit our top 12 next month. It’s closely followed by a host of other hard-hitters who didn’t quite make the chart this month including The Bodyguard, Les Miserables, Mamma Mia! and Henry V. If you haven’t seen any of these brilliant shows yet, walk this way!

1. The Cripple of Inishmaan

New in at number one, this unusual and very funny play is top of the heap this month. It closes at the end of summer, in late August, and leaves the stage clear for the next in the marvellous Michael Grandage season, the Bard’s famous A Midsummer Night’s Dream, which opens in September.
The Cripple of Inishmaan Tickets
2. The Lion King 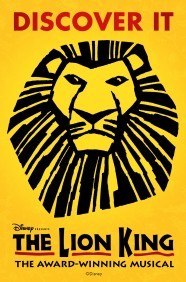 Last month’s number three in our chart, The Lion King continues to thrill children and adults alike with its catchy, well-loved score, characters and uplifting storyline. The school holidays always herald a hike in the show’s popularity and 2013 looks like being no different. The splendid story of Simba the lion cub awaits you...
The Lion King Tickets
3. Top Hat

Last month’s number one, now it’s July’s Show of The Month and we’re offering bargain tickets for as much as 50% off when you book by the end of July. The show won three coveted Olivier awards in 2013 including Best New Musical and also won the Evening Standard ‘Best Night Out’ award. Oh, the glamour of Hollywood’s golden age!
Top Hat Tickets
4. Private Lives 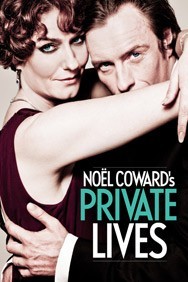 Straight in at number four from nowhere, Private Lives opened its doors on June 22nd and enjoyed a well-deserved, immediate flurry of interest. It’s Noel Coward at his explosive, thrilling, provocative and delightfully naughty best, complete with the reckless, feckless and ridiculously rich Elyot and Amanda.
Private Lives Tickets
5. Fences 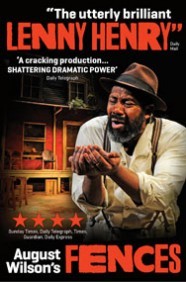 Lenny Henry’s critically acclaimed starring role as the troubled and embittered Troy Maxson saw the crowds flocking to see Fences, which opened on 19th June. It’s a mid 20th-century social document of working-class American life, one of the great 20th century US dramas, and by all accounts a triumphant performance by Henry.
Fences Tickets
6. Wicked

Up two places from number eight last time, Wicked is another show that just keeps on giving. If you ever wondered why the witches in The Wizard of Oz became the women they are, this clever show gives you all the insight you need: witty, funny, eccentric, wise and great fun for teens.
Wicked Tickets
7. We Will Rock You

Number five last time around, We Will Rock You’s glorious, colourful and futuristic costumes, amazing singers and Queen’s legendary tunes stick at number seven, testimony to the popularity of a show that’s loved by theatregoers from Hadrian’s Wall to the Great Wall of China and everywhere in between. A real rock classic!
We Will Rock You Tickets
8. Phantom of the Opera

Quarter of a century down the line Lloyd Webber’s fantastic smash hit of a gothic tale has won multiple awards – almost too many to count – and is just as captivating as ever. Do you want to enjoy one of the greatest love stories of our times? Grab tickets now and marvel at the sets, costumes, beloved tunes and sheer, unadulterated drama.
Phantom of the Opera Tickets
9. Let It Be 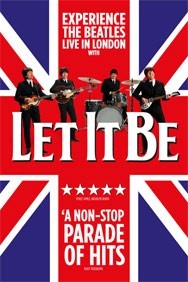 Our Show of the Month for June, we pleased a great many keen theatregoers and Beatles fans with our special 35% discount. Which is just one reason it has crashed straight into our chart at number eight this month. The other reason? It’s perfectly brilliant, with an unforgettable sound track and different songs for every performance just to keep things fresh.
Let It Be Tickets
10. Passion Play 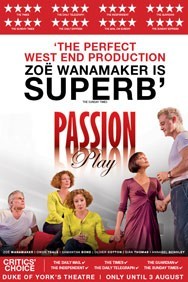 Closing on August 3rd, we saw a bit of a rush for Passion Play tickets last month as it hit the number two slot directly after opening on May 1st. Which is no surprise when Zoe Wannamaker is the star of the show and the subject matter covers the ever-popular adult themes of illicit desire and hidden passion.
Passion Play Tickets
11. A Chorus Line 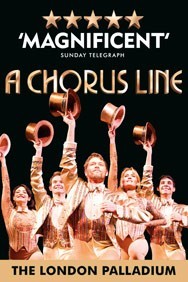 Currently booking until 31st August, A Chorus Line is based on a series of true stories, which makes it even more poignant. You’ll be spellbound as the cast’s past histories are revealed through captivating song, attention-grabbing drama and stunning choreography. Simply irresistible.
A Chorus Line Tickets
12. Thriller Live

Last month’s number eleven, dropping down just one place, Michael Jackson’s epic tunes are as popular as ever and set for another sizzling summer run. It’s a real labour of love by Adrian Grant, the man behind the show, who loved Jackson’s work so much he launched the world’s first Jackson fanzine. Blame it on the boogie!
Thriller Live Tickets

Our top 12 is inspired by the performances our customers loved most in June. Come back in a month’s time and see how your favourites do in our ‘best of London theatreland’ chart for July. Will your favourite show win a top chart position? In the meantime, feel free to enjoy excellent availability on all the best shows in town, all at cool prices with great service to match.