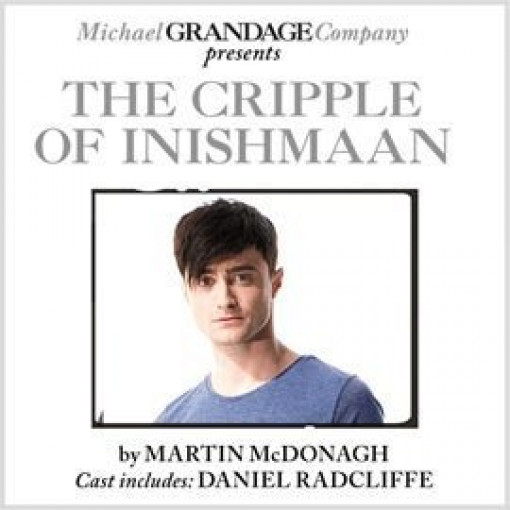 The Cripple of Inishmaan

The Cripple of Inishmaan description

The Cripple of Inishmaan tickets – Experience the Michael Grandage season

The Cripple of Inishmaan first opened in late 1996 at the Royal National theatre. And now it’s back. The Noel Coward theatre is delighted to announce The Cripple of the Inishmaan, one of a series of five excellent productions by top director Michael Grandage. The Grandage season runs from 2012 to 2014 and it’s set to draw huge theatre loving crowds to London’s glittering West End.

Expect some of the greatest names on the stage in a variety of star-studded productions including this, Martin McDonagh's popular comic masterpiece that delves deep into the psyche and lifestyle of an ordinary young man as he comes of age in his bleak, harsh and deeply boring Aran Islands home environment. Uplifting, inspirational, poignant and often very funny, it’s a thoroughly entertaining West End stage treat with Daniel Radcliffe of Harry Potter fame playing the starring role.

The play takes place on the remote and lonely island of Inishmaan, just off the west coast of Ireland. It’s the 1930s and life is harsh. When a Hollywood film crew turns up to film a movie, the locals are spellbound. Particularly young Billy Claven, a crippled boy, soon becomes completely obsessed with the sheer glamour of it and determines to grab a piece of the action for himself at all costs.

The aim of the long-awaited Michael Grandage season is to bring live theatre to a younger audience, pricing tickets low enough for a broader range of people to afford. And this play will appeal to every taste, with its quirky humour and darkly comic edge. Whatever your age you’ll love this modern twentieth century classic in the making, a fresh adaptation of a play that’s already won thousands of hearts and minds.

Book cheap Cripple of Inishmaan tickets through our trusted site now and play your part in a season of top class productions from one of the best-respected Directors in Britain.

The Cripple of Inishmaan news