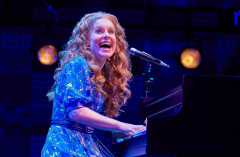 It's November, and our customers are ramping up their interest in the best shows in town ready for the festive season. We can't think of a nicer Christmas treat than seeing a legendary West End production live on stage in one of the world's greatest cities. If you're stuck for a thoughtful gift, our excellent seat availability and great service make it easy to buy show tickets for someone you love. Here are our most popular productions based on ticket sales in October. 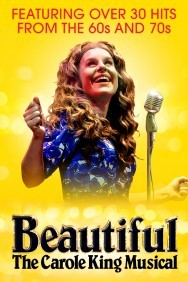 At number 4 in our chart last time, Carole King's gorgeous tunes have shot this epic tribute musical to the top of the tree for November. It's a well-deserved accolade for a remarkable production celebrating the considerable talent of the American singer-songwriter-activist who, together with her husband at the time Gerry Goffin, penned countless chart hits for numerous artists as well as plenty of smash hits of her own.
Beautiful – The Carole King Musical Tickets
2. Aladdin 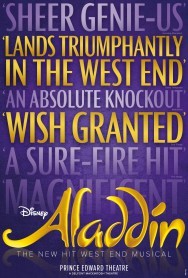 Kids ahoy! This gloriously colourful musical based on the hugely popular 1992 Disney animated movie sticks at number two in our chart for the second month running. The film was amazing... but seeing the costumes, sets and action unfold on stage gives this classic fairytale an extra edge. Add music by Alan Menken, lyrics by Howard Ashman, Tim Rice and Chad Beguelin, and a book by Beguelin, and you can see why it's still attracting huge crowds.
Aladdin Tickets
3. The Play That Goes Wrong

Back in our chart after a short absence, this wonderfully silly production is steeped in laughs and drowning in giggles. A typical British farce, it's all about the worst amateur theatre group in the world, whose hopeless efforts at putting on a show go horribly, hilariously wrong at every possible turn, bringing audiences to tears of laughter every time. Created by Henry Lewis, Jonathan Sayer, and Henry Shields of the Mischief Theatre Company, it's a comedy classic in the making.
The Play That Goes Wrong Tickets
4. Les Miserables

Steaming back into our chart at number four, Les Mis is an old favourite and no stranger to the top 12. It keeps coming back, no surprise when Victor Hugo's epic tale is so full of sorrow and suffering, joy and strife, a human story so powerful it's been on stage since 1980 without a break, from 1985 in London. The book was first published in 1862 and is still considered one of the greatest novels of the 1800s. If you haven't experienced it yet, Christmas is the perfect time.
Les Miserables Tickets
5. The Dresser 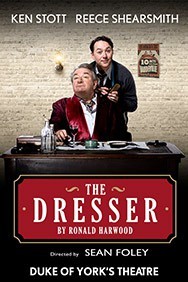 Number eleven in October, The Dresser was first shown in 1980 and has delighted audiences in the West End and on Broadway as well as throughout the provinces . Written by Ronald Harwood, it tells the story of an ageing actor's personal assistant and his struggle to keep his contrary boss's life under control. Ken Stott and Reece Shearsmith star as Sir and Norman respectively, in this warm-hearted, touching, provocative and funny play.
The Dresser Tickets
6. Charlie and The Chocolate Factory

Number one last time, good old Charlie sticks around this month in 6th place. It's the musical version of the wonderful 1964 children's book by Roald Dahl, featuring the amazing tale of young Charlie Bucket and his beloved granddad, who find a coveted golden ticket for a day out in chocolatier Willy Wonka's remarkable chocolate factory. Whether or not you've seen the film or read the book, you'll absolutely adore the vivid, colourful and enormously creative musical.
Charlie and The Chocolate Factory Tickets
7. Wicked 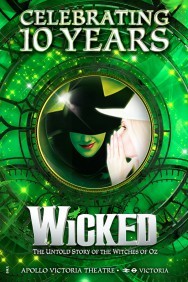 Another musical that keeps on coming back time after time, Wicked is here again, shooting back into our chart at number seven. What's the plot? Elphaba is a clever girl and a fiery character. But she's misunderstood, partly because of her beautiful emerald green skin. Circumstances transform her into the notorious Wicked Witch of the West, and she couldn't be more different from the lovely, blonde Glinda, the Good Witch of the South. This is their story.
Wicked Tickets
8. The Entertainer 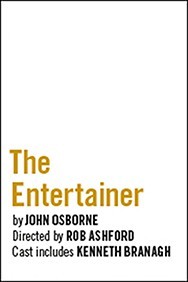 Closing on 12th November, this classic John Osborne play is new in at number eight. A three act piece first produced in 1957, it tells the story of an angry middle aged man and fast-failing music hall performer Archie Rice. It has been on and off the stage ever since, was adapted as a film in 1974 starring Jack Lemmon and also as a TV version for the BBC during 1993, with Michael Gambon in the starring role. This is your chance to see it in the flesh on the West End stage.
The Entertainer Tickets
9. Thriller - Live

Michael Jackson's music never loses popularity, as soulful and funky as ever. Watching it performed on stage is something else, a genuine reminder of how talented the great man really was, and how sorely missed he still is. Thriller Live delivers a full two and a half hours' worth of Jackson magic, one tune after another presented in concert style. It has thrilled audiences in London, Germany, the Netherlands, and Scandinavia, and it's starting to look a lot like a permanent fixture at the Lyric Theatre.
Thriller - Live Tickets
10. The Libertine 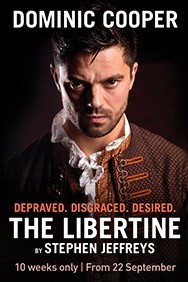 Remember the brilliant film of the same name starring Johnny Depp? The stage version of The Libertine is closing on 3rd December, so you still have time to experience this outrageous story in all its rich splendour, with Dominic Cooper at the helm as the notorious Earl of Rochester. The play is inspired by Stephen Jeffreys’ comic masterpiece reflecting the Earl's life of awesome debauchery, and it's coming to the end of its strictly limited 10 week season at the Theatre Royal Haymarket. Grab tickets while you can!
The Libertine Tickets
11. Mamma Mia!

Last month's number nine, the hits of 1970s Swedish supergroup Abba sit at the centre of this heart-warming contemporary love story. An enormously popular jukebox musical written by British playwright Catherine Johnson, it weaves the group's tunes into a splendidly entertaining plot. It has been on stage since 1999 and shows no sign of slowing in popularity, no wonder when you leave the show feeling great - boosted, buoyed up and happy. If you only see one feel-good musical in 2016, make it this one.
Mamma Mia! Tickets
12. The Book of Mormon

When two hopeless missionaries are sent from Salt Lake City to preach in a remote Ugandan village, all hell lets loose. Stand outside the theatre and you'll see the audience pouring out at the end of this hilarious show with big smiles plastered all over their faces. If your version of funny is irreverent and naughty, you'll love this quirky musical. Expect a top class religious satire so sharp you could cut yourself on its wit, so silly you'll roll in the aisles with laughter.
The Book of Mormon Tickets

Our show of the month? This time around it's The Bodyguard, a deliciously romantic musical studded with fabulous chart hits including tragic Whitney Houston's I Will Always Love You. The movie was brilliant. The stage show will have you weeping in your seat... in a good way. Grab your tickets now and treat yourself to some serious love interest. In the meantime, we'll see you next month with our top 12 theatreland hits for December.