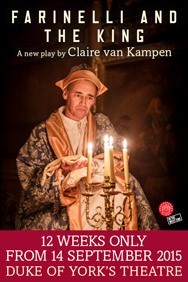 Well, what a month June was! Our number one slot – based on ticket sales through June - goes to Farinelli and The King, with seats selling like hot cakes in preparation for the show's long-awaited opening in mid September. The Curious Incident has done yet another of its magical turnarounds, at number twelve in our chart last time and back at number two this month. And we have three new entries, one a popular returner and two fresh out of the gate. Here goes.

After the star-studded success of TV's Wolf Hall, which rocked the nation, Mark Rylance is in high demand... and his latest long-awaited theatrical masterpiece looks set to become a best-seller. This exceptional production opens in mid September at the Duke of York's theatre and our customers are flocking to buy tickets while they can. We're fully expecting a sell-out, so get your skates on.
Farinelli and The King Tickets
2. The Curious Incident of the Dog in the Night-Time

This brilliantly quirky play keeps jack-in-the-boxing in and out of our chart, no wonder when it's such a sensitive, charming, funny and intriguing piece. The Gielgud theatre is your venue for this award-winning adaptation of the best selling book, which opens the door into the strange and fascinating world of a young man on the autistic spectrum, a dead dog, a neighbour and a mystery ripe for solving.
The Curious Incident of the Dog in the Night-Time Tickets
3. Hay Fever 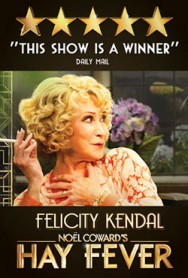 Down a couple of places from last time's top slot, Felicity Kendal takes on the long British tradition for comedic silliness and transforms it into a masterpiece. This play is proving hugely successful, packing the Duke of York's theatre night after night to reveal the awful excesses of the monstrous ex-stage star Judith Bliss, her horrible family and the torment their hapless house guests are made to suffer.
Hay Fever Tickets
4. Lord of the Dance: Dangerous Games 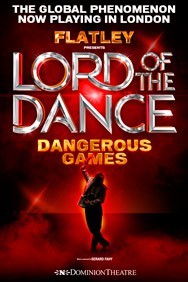 Last month's number eight in our top 12 chart, this month sees us offering a mighty 47% off tickets for fleet-of-foot Michael Flatley's theatrical swan song. The Dominion theatre is your venue for this absolutely breathtaking display of skill and precision, talent and taste. Grab tickets at almost half price and prepare to be blown away. Dance in your seat? You will!
Lord of the Dance: Dangerous Games Tickets
5. The Winter's Tale 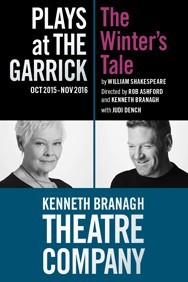 New in at number five, here's a real Shakespeare classic. It's a rare thing NOT to have a play by The Bard in our chart. If the great man knew how powerfully his work still resonates down the centuries, he'd be chuffed to bits. Part of the Plays at the Garrick season, it's on stage from 17th October 2015 courtesy of Kenneth Branagh and a truly remarkable group of actors including Rob Brydon, Judi Dench, Lily James and Richard Madden.
The Winter's Tale Tickets
6. Let It Be 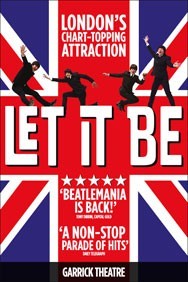 Number two in last month's chart, those infamous mop-top boys never lose their appeal. Will we still be listening to The Beatles in four hundred years' time, giving Shakespeare himself a run for his money? Probably. This is an excellent jukebox musical featuring tune after tune from one of the world's biggest ever bands, all performed to perfection by some seriously talented musicians. Don't miss it.
Let It Be Tickets
7. Sunny Afternoon

Another top class jukebox musical, down a couple of places from number five last month, Sunny Afternoon does for The Kinks what Let It Be does for The Beatles: it brings back great memories and showcases the band's splendid chart-topping career. It also highlights Ray Davis, the band's lead singer, as a musician to reckon with. Head for the Harold Pinter theatre and prepare for a night to remember.
Sunny Afternoon Tickets
8. Miss Saigon 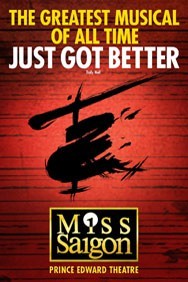 Our show of the month in June and down a couple of points from number six last time, this epic, tragic romance continues to tug the heartstrings of huge theatreland audiences. Your venue is the Prince Edward theatre. And you'll never forget the story of the bar girl Kim, orphaned by war, and her affair with the American GI called Chris, whose lives are torn apart by the fall of Saigon. Star-crossed doesn't cover it. But is their love really doomed?
Miss Saigon Tickets
9. The Lion King

This glorious children's favourite is no stranger to our top 12 theatre shows list. Last month's number eleven, it's been in and out of our chart from the beginning, never losing its magical lustre. If you'd like to see your little ones spellbound and silent for an hour and a half, enjoying a story designed to thrill and absolutely lost in the fantasy, you really can't beat this lovely musical.
The Lion King Tickets
10. Jersey Boys

New in at number ten, this is another fantastic jukebox musical with a difference, raising the roof at the Piccadilly theatre. With music by Bob Gaudio, lyrics by Bob Crewe, and a splendid book by Marshall Brickman and Rick Elice, it tells the story of Frankie Valli and the Four Seasons, a musical phenomenon with a particularly compelling back-story as well as an unforgettable back-catalogue of soul hits to die for.
Jersey Boys Tickets
11. Bend It Like Beckham

The film was a real entertainment treat as well as attracting delighted reviews from the critics. And the same goes for the stage production of this ever-popular story playing at the Phoenix theatre. It has already gathered a bunch of brilliant reviews from critics, a feel-good musical with a big heart offering entertainment at its theatreland best. Expect a celebration of British culture, music and sport studded with warmth and humour.
Bend It Like Beckham Tickets
12. The Commitments 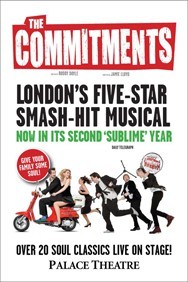 Have you seen it yet? The Commitments is our Show of the Month for July and we're selling tickets for as little as a tenner, a crazy bargain price bearing in mind the sheer, unadulterated entertainment this musical delivers. If you're in the mood for a real craic, delivered in true Roddy Doyle style with lashings of sweet soul music, walk this way. The Palace theatre is your venue, and a night of bargain-basement laughs is yours.
The Commitments Tickets

The school summer holidays always ring the changes in our top 12 theatre shows chart, as thousands of parents treat their kids to a variety of child-friendly productions. It's hot in the city, there's fun in the air and it looks like it's going to be a glorious summer. Come join us in theatreland for a magical experience... or several. Whatever your preferences, our tickets prices are great, we have excellent availability on all seating types and, of course, we're a member of STAR. See you soon!