After a whirlwind tour taking in a San Diego try-out in 2004 followed by stints on Broadway and across North America, this hilarious musical took to the road to thrill audiences in places as diverse as Tokyo, Madrid, Tampere, Stockholm, Oslo, Seoul, Stuttgart, Mexico City, Copenhagen, Reykjavik and Sydney. And now it’s due in the UK for 2014.

For the UK leg of the tour, the respected Broadway and West End director and choreographer Jerry Mitchell works with actor Robert Lindsay and comedian-come-actor Rufus Hound, who take the starring roles.

Robert Lindsay has won three Olivier Awards and a Tony Award, and is returning to the stage for the first time in ages for the show. And comedian Rufus Hound, star of the National Theatre's production of One Man, Two Guvnors, takes the second starring role. The heiress role is played by the seriously talented Katherine Kingsley, also no stranger to the stage. She was nominated for Best Actress in a Musical at the Olivier Awards in 2013 for for Singin' in the Rain, and has also starred in Shakespeare’s A Midsummer Night's Dream with David Walliams and Sheridan Smith.

The musical is both directed and choreographed by Tony Award winner Jerry Mitchell, who was also instrumental in the critically acclaimed award winners Kinky Boots, Hairspray and Legally Blonde. The writer, Jeffrey Lane, has won Golden Globe awards and Emmys, and was at the helm of the massive Broadway hit Women on the Verge of a Nervous Breakdown. David Yazbeck, who wrote the tunes and lyrics, is also an award-winner, with a coveted Drama Desk Award for the Broadway and West End smash hit musical The Full Monty.

What’s the story? You’ll be transported to the exotic French Riviera, where two con men get involved in swindling a millionaire heiress. But have they bitten off more than they can chew?

An all-star cast, song lyrics that have been called, “the wittiest lyrics to grace a musical since the likes of Cole Porter, Alan Jay Lerner or Stephen Sondheim” (The Sydney Morning Herald) and a string of international successes behind it, this show is guaranteed to raise the roof in Britain. Definitely not to be missed!

If you’d like to treat yourself to great value Dirty Rotten Scoundrels cheap tickets, we offer the full range of seating types, from low cost to premium, all with excellent availability. We’ll see you there. 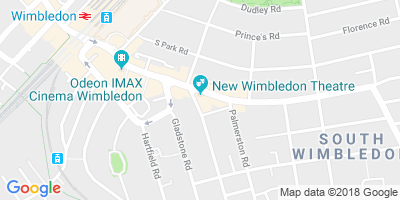