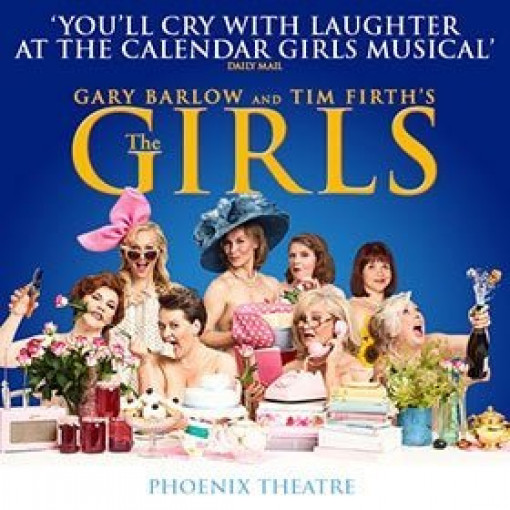 The show is based on the ladies' adventure into notoriety, and it's still raising money. So far it has generated an impressive £4 million for the specialist blood cancer charity, Bloodwise. When you buy tickets you'll automatically donate to the charity. The show's producers have decided that the West End production won't have any premium-rated seats, won't charge booking fees and will provide reduced price preview tickets. It's all in an excellent cause, so come along and enjoy the fun.

The West End première comes hot on the heels of outstanding sell-out runs at the Grand Theatre Leeds and the Lowry Salford, the latest collaboration between old mates Gary Barlow and Tim Firth, with Barlow at the musical helm. Based on the film and award-winning play by Tim Firth, the awesome Calendar Girls, it opens at the Phoenix Theatre in early 2017.

The result is, according to The Stage magazine, which awarded it four stars, “A new British musical with a huge heart that deserves a long life. The laughs come thick and fast. Firth and Barlow have created an evening of pure theatrical joy, as moving and tender as it is funny and entertaining.”

Who plays the girls? Expect a star-studded cast with the marvellous Debbie Chazen as Ruth, the talented Sophie-Louise Dann as Celia and classic comedy actress Michele Dotrice as Jessie. Claire Machin plays Cora to perfection, Claire Moore brings Chris to vibrant life and Joanna Riding aces the role of Annie. It's beautifully directed by Tim Firth. The fantastic musical staging comes from Lizzi Gee and the comedy staging from Jos Houben.

Robert Jones does the design, Tim Lutkin designs the lighting, the sound design is by Terry Jardine and Nick Lidster, and the musical direction and orchestrations from Richard Beadle. The producers are David Pugh & Dafydd Rogers, plus The Shubert Organization.

Gary Barlow and Tim Firth are great friends. They've known each other for a quarter of a century, having been brought up in the same northern English village. Barlow has penned a remarkable fourteen number one singles, sold more than 50 million records and won six Ivor Novello Awards. Firth is an Olivier Award winner with a UK Theatre Award for Best New Musical under his belt, and he won a British Comedy Awards Best Comedy Film for Calendar Girls.

What's the plot? Annie Clarke's husband John dies young from leukaemia. Her good friend Chris decides it's a good idea to buy a comfy settee for the hospital's visitor lounge, in John's memory. She dreams up the idea of a calendar starring Knapely Women's Institute members in the nude, while doing typical WI-type stuff like knitting and baking. 'The girls' are sceptical at first but she eventually convinces them to go for it... and the rest is history.

This is a funny true story with a great big, warm heart, and Barlow's fabulous music adds extra spice to a real-life tale that never fails to entertain.

The Girls tickets – Experience this hugely popular true story for yourself.

If you’d like to buy The Girls cheap tickets we sell every type of seat, from low cost to the best in the house, all with excellent availability and backed by excellent service. 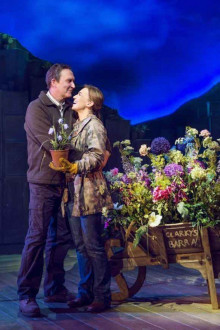 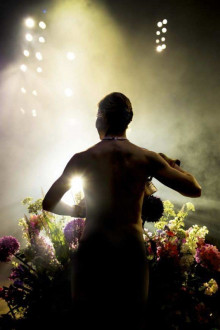