WhatsOnStage Award-winners announced in an evening that left the audience asking ‘Who fell off the Stage’! 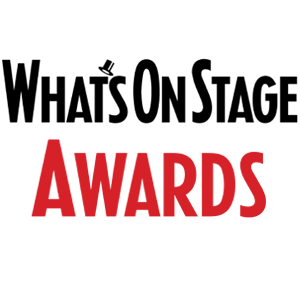 On Sunday night, the stars of London’s West End donned their glad rags for the annual WhatsOnStage awards at the Prince of Wales Theatre. The current show calling the theatre home – The Book of Mormon – led from the front with four awards to their name, including Best New Musical.

Now in its 14th year, the awards differ from the Oliviers due to the fact that they are voted for entirely by the public and this year saw a record number of people vote across the 27 categories. The glitzy evening was peppered with magnificent performances from some of this year’s stand-out talent, including the stars of The Sound of Music, Michael Xavier and Charlotte Wakefield; Once duo Declan Bennett and Zrinka Cvitesic; I Can’t Sing! leading lady Cynthia Erivo and the stars of new musical Water Babies, Louise Dearman and Lauren Samuels. Closing the show in jaw-dropping style was Wicked's Willemijn Verkaik with her rendition of ‘Let it Go’ from Disney’s new animation film Frozen.

In the musical theatre categories, The Book of Mormon collected for Best Actor to Gavin Creel, Best Supporting Actress to Alexia Khadime, Best Supporting Actor to Stephen Ashfield, as well as beating off tough competition to win Best New Musical. Charlie and the Chocolate Factory received two awards for Best Set Designer to Mark Thompson and Best Choreography to Peter Darling. Once took home the award for Best Original Music. Winning the Star Best Actress in a Musical this year was Scarlett Strallen, both for A Chorus Line and Candide. A Chorus Line also took home the award for Best Ensemble Performance.

In the play categories, the Michael Grandage Company almost swept the board with four awards, including the Best Director Award for Grandage, Best Shakespearean Production for A Midsummer Night's Dream, which also saw David Walliams win Best Supporting Actor for his portrayal of Bottom. Best Actor Award went to Daniel Radcliffe in the The Cripple of Inishmaan. Radcliffe’s Harry Potter co-star Rupert Grint picked up the Best Newcomer Award for his role in Jez Butterworth’s Mojo. Peter Morgan’s acclaimed play The Audience picked up Best New Play, Best Actress for Helen Mirren’s role as The Queen and Best Supporting Actress for Haydn Gwynne for her portrayal of Margaret Thatcher.

The evening’s celebrations took a decidedly bizarre turn when the returning hosts Mel Giedroyc and Rufus Hound asked the show’s musical director Tom Deering to deliver a piece of Battenberg cake to a woman in the front row. However, the poor Deering seemed to be unaware of the lack of steps at the front of the stage and fell straight into the orchestra pit! A moment of deathly silence fell across the auditorium as the stage management team checked to see how Mr Deering was and if he had suffered any serious injures. Luckily, a few moments later he was back up on stage laughing the embarrassment off, paving the way for the hosts to crack some uproarious jokes about his sudden drop off the end of the stage, the best being ‘And the next Whatsoffstage award goes too...’ This all served as a reminder to the gathered guests that theatre is a live art form and, yes, anything can happen!