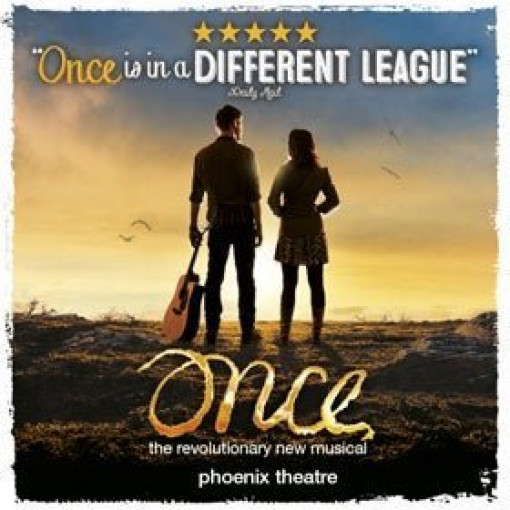 Once The Musical description

Once tickets – Already a smash hit, in London for a limited run

Once has a sterling pedigree. It’s a feast of top class writing, stage design, costume, choreography and musical talent. Based on a popular smash hit film, made back in 2007, it’s here for a short run, squeezed in between a sell-out season in Dublin and a major tour of the USA. So get your skates on and secure your seats for this fabulous and highly entertaining romantic musical.

The story? It’s a charming tale of friendship, love and music. When a young Czech mother meets an Irish busker, their common passion for music leads to friendship and love. It’s tender and romantic and the music, from the writer of the Commitments’ score Glen Hansard, is guaranteed to get your feet tapping.

Enda Walsh, the respected Irish playwright and creator of Once, has won numerous international awards. Recent stage masterpieces include Misterman, Penelope, The New Electrical Ballroom and The Walworth Farce, all of which have made an impressive impact on the theatre world. He has also won awards for film at Cannes and his work has been BAFTA nominated. Once has already won eight Tony awards as well as the Outer Critic Circle Award, and it’s set to be a huge hit.

The independent Irish film of the same name won an Oscar. It was shot in just seventeen days at a cost of $150,000 but went on to gross a remarkable $20m worldwide. The soundtrack was nominated for two Grammy Awards.

The director John Tiffany won the Tony, Drama Desk and Outer Critic Circle Awards for his work on Once and he’s no stranger to accolades. Over his career he has gathered Laurence Olivier and Critics' Circle Best Director Awards, directing numerous critically acclaimed stage shows as well as playing a vital role as Associate director at the National Theatre of Scotland.

It’s a once in a lifetime opportunity! Why not book your Once cheap tickets now, before it sells out and heads for the States!

Children under the age of 4 are not permitted in the theatre.

Once The Musical photos 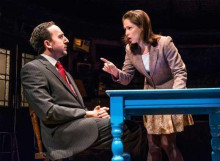 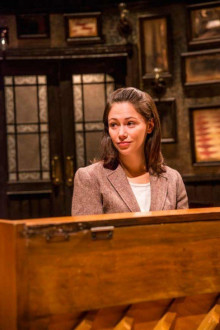 Once The Musical news