Harry Potter And The Cursed Child

The play is based on a brand new - and sure to be highly original - story by the wonderful J.K. Rowling. It's being produced in tandem with Jack Thorne, writer of countless excellent screenplays for TV, radio and theatre. He's joined by director John Tiffany, who also has an illustrious theatrical background.

The production will take a bow for its world première in London during summer 2016. And tickets go on sale from autumn 2015. It might seem like a long time to wait but the buzz is already beginning. By the time 2016 rolls around, it'll be a roar.

It'll be produced by Sonia Friedman Productions in association with Colin Callender’s Playground Entertainment and Harry Potter Theatrical Productions, and details are due to be released later this summer.

Harry Potter and the Cursed Child features movement by Steven Hoggett. The stage set designs – which, as you can imagine, are rumoured to be absolutely mind-blowing – are by Christine Jones. And Katrina Lindsay is responsible for the costumes, which will do doubt be another huge treat for the senses.

The lighting is designed by Neil Austin, there's music by Imogen Heap, the sound design comes from Gareth Fry and Jeremy Chernick takes care of the special effects. All of which makes for a top quality production stuffed to the brim with imagination, as vivid as it is compelling.

J.K. Rowling has penned seven Harry Potter novels so far. In all she's sold more than 450 million Potter books and her remarkably popular tales have been translated into 78 different languages. She also writes specifically for grown-ups, releasing The Casual Vacancy in 2012 and responsible for a bunch of crime books, the Cormoran Strike series, written under her pseudonym Robert Galbraith.

Right now J.K is working hard to complete the screenplay for the movie of the book Fantastic Beasts and Where to Find Them, based on the characters in the hugely popular Harry Potter companion book. So there's a lot to look forward to for Potter fans of every age.

If you’d like to buy Harry Potter cheap tickets, walk this way. We provide the full range of seating types, from low cost to the finest in the house, all with excellent availability. 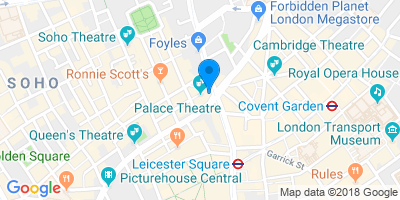