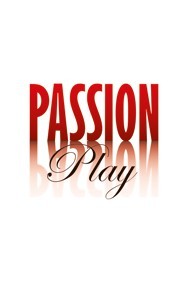 Ever heard the collective heartstrings of an audience snap all at once? Well, Passion Play definitely puts the passion back into West End theatre.

Carnal love and sacred music make for a corrosive combination in David Leveaux’s bitter and raw revival of Peter Nichols’s 1981 play that charts the blistering effects of an adulterous affair on a middle-aged couple in the 1970s. Rarely has there been a more exciting combination of actors on a stage in the West End. They may not carry the ‘star’ banner, but anyone who knows anything about theatre will tell you that the combined forces of actors of this calibre is worth the ticket price itself. Zöe Wanamaker, Owen Teal, Oliver Cotton, Samantha Bond and Sian Thomas are some of the most experienced and finest actors of their generation. What’s more, this play really gives them the space to fly.

James (Owen Teal) and Eleanor (Zöe Wanamaker) are married; he is a painter-restorer, while she sings in choirs. All seems well in their lives until along comes Kate, a sexual predator, hell-bent on taking James for herself. This would be a thrilling enough plot by any plays standard, but Peter Nichols does something quite daring; he gives James and Eleanor on-stage alter egos in the form of Oliver Cotton and Samantha Bond. These two carbon copies voice the innermost thoughts of the characters, often to comic effect but mostly to heart-rending brutality. As James and Kate’s affair deepens, Eleanor’s supposed friend, the widowed and bitter Agnes (Sian Thomas), ‘accidently’ lights the fuse and stands back as the flames of desire eat away at the fabric of 25 years of marriage, burning all who come near.

The entire cast is utterly mesmerising to watch. The way that Annabel Scholey’s Kate slinks around the stage infecting James with an unquenchable desire is quite something to behold. You would be forgiven for thinking that she was a leopard stalking its prey. Sian Thomas gives Agnes all the acidic bitterness she can muster to the point where there was a big possibility she might just burn a hole right through the stage.

The couple and their ghost-like doubles are given such truthful integrity by the four leads of Wannamaker, Teal, Cotton and Bond that it takes very little time for an audience to adjust to the strange conceit of the alter-egos. Wannamaker and Bond give performances of such moving intensity, especially towards the end, while Teal and Cotton expertly capture the transition from breathy excitement to pure guilt that the husband must endure. Something must be said also for the pace at which the dialogue moves, with four separate streams of consciousness in a room at the same time – the cast must fight to keep up, but keep up they do. It is what gives this play its raw energy and power.

Hildegard Bechtler’s smooth white design lets the action flow from one scene to another effortlessly, as though characters are blown on the winds of fate. The sections of the stage interlink and meet each other at precise moments with the use of a smaller revolve. The set design not only serves its purpose but also beautifully reflects the nature of the play, all par for the course for Bechtler. However, in a rare slip from perfection, Bechtler has put a sliding panel in the back of the stage that reveals every now and again – a pay phone. I assume that this is there to tell us that the conversation on stage is happening from a phone box, but the big problem is that the phone is so minuscule and so far away that I can’t see anyone past the first few rows ever knowing what the hell it is!

David Leveaux’s wonderfully judged staging lets the characters and their situations overlap at points, creating a fluid almost mercurial quality to the production. He also cranks up the pressure beautifully in the second half, turn by agonising turn, with the use of blasts from different passion scores. This epic sacred music matches the heights of raw bloody emotion we are being led to.

Harold Pinter’s Betrayal and Tom Stoppard’s The Real Thing are two other adultery plays written around the same time. They are better known and have received higher praise than Passion Play, but I think it’s safe to say that the combined talents of David Leveaux and the actors has ensured that Passion Play will now stand alongside its contemporaries. This detailed portrait of a marriage in turmoil is as deep-cutting as it is daring – but what’s life without a bit of passion?