Harry Potter in a London Theatre 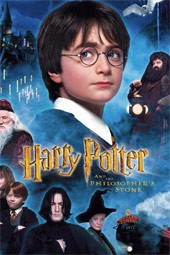 Author of the Harry Potter books J.K Rowling has announced that she is currently working with London theatre producers Colin Callender and Sonia Friedman on a new stage version of the Harry Potter series of children’s stories. Over the last few months, rumours have been flying about the project but nothing concrete until now.

Rowling is set to be co-producer of the production, but will not write the adaptation herself. In a statement Rowling said, ‘Over the years I have received countless approaches about turning Harry Potter into a theatrical production, but Sonia and Colin's vision was the only one that really made sense to me, and which had the sensitivity, intensity and intimacy I thought appropriate for bringing Harry's story to the stage.’

The production will focus on the untold story Harry Potter’s formative years as an orphan, before he discovers the wonders of the magical wizarding world that we have all come to love. The staging will also offer a unique insight into the heart and mind of the now legendary young wizard.

Harry Potter started life as a series of bestselling books before being turned into a movie franchise comprising eight films all made in the UK. The film adaptations starred Daniel Radcliffe and Rupert Grint, who have both been treading the boards of the West End, Radcliffe in The Cripple of Inishmaan at the Noel Coward Theatre as part of the Michael Grandage season and Grint in the revival of Jez Butterworth’s Mojo at the Harold Pinter Theatre.

Directors and writers are now being selected to continue the development on the project, so look forward to more news this year.