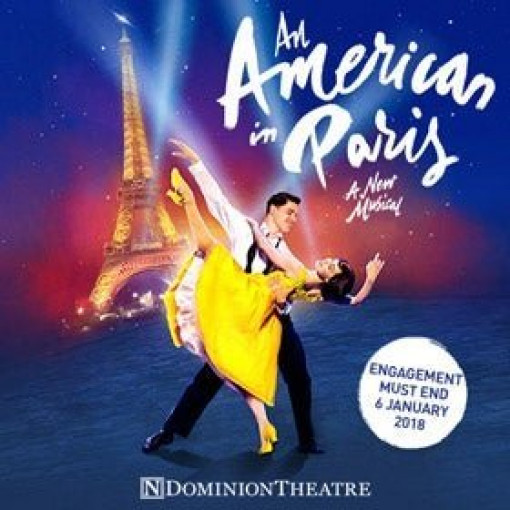 An American In Paris

An American In Paris description

The Independent newspaper calls it, “A breathtakingly beautiful staging of the MGM musical”. Tickets are on sale now for March 2017. The stars of the show are Robert Fairchild and Leanne Cope, your venue is London's Dominion Theatre and the anticipation is already mounting. Don't miss An American in Paris!

What's the plot? Meet Jerry Mulligan, an American GI who's determined to make a living as an artist in war-torn post-Second World War Paris, a city that has finally escaped the Nazis and is looking forward to a bright future. When Jerry meets a beautiful young dancer, Lise, the streets of the world's most romantic city become a magical place for the couple, transformed by their feelings into a sensuous place where art, love and friendship effortlessly overcome the aftermath of war.

It's already being billed as the theatrical event of 2017 and a 'stunning re imagining' of the popular Oscar winning movie, which the famously hard to please New York Times called a “perfect integration of dance, romance and classic Gershwin”.

The stars of the US show, award-winning darlings of Broadway Robert Fairchild and Leanne Cope, are joined by a troupe of over fifty top class actors, dancers and musicians. The musical is directed and choreographed by the excellent Olivier and Tony Award-winner Christopher Wheeldon, the icing on an already delicious theatreland cake.

The world première took place at the gorgeous Parisian venue the Théâtre du Châtelet, then transferred to Broadway amid a host of positive reviews and a whole lot of critical acclaim. Broadway made it an award-winner, the most-awarded musical of the year. It looks like you're in for a proper West End treat.

The show is packed with lovely tunes including plenty of memorable classics from George and Ira Gershwin - I Got Rhythm, 'S Wonderful, They Can't Take That Away From Me and, of course, George Gershwin’s Concerto in F and An American in Paris.

The story is written by the Pulitzer Prize finalist Craig Lucas, with a set and costumes by Bob Crowley, winner of seven Tony awards for his remarkable work. Projections come from home-grown British designers 59 Productions, who played a key role in War Horse, and the orchestrations – also award-winning stuff – are by Christopher Austin, Don Sebesky and Bill Elliott. Last but not least the sound comes from Jon Weston and the lighting is by Natasha Katz, who won her fifth Tony for the show.

Better still the Dominion theatre has recently been refurbished. The results are spectacular. After a twelve year stint showing We Will Rock You, they took the chance to restore it to its former glory, a Grade 2 listed masterpiece of theatrical history. It took more than three months, cost several million pounds and now it's one of the most technologically advanced theatres in town.

An American in Paris tickets – A dazzling spectacle

If you’d like to buy An American in Paris cheap tickets we sell every type of ticket, from bargain to the best in the house, all with great availability.

Children under 5 will not be admitted.

Please note that Stalls Row C & D offer a great, clear view but due to the proximity of the stage they may miss some of the footwork.

An American In Paris photos 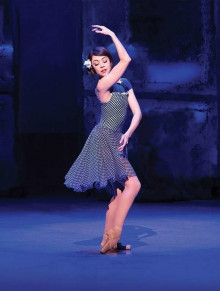 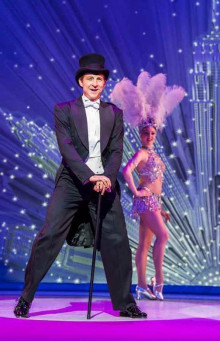 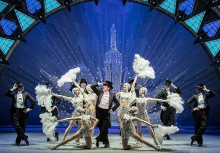 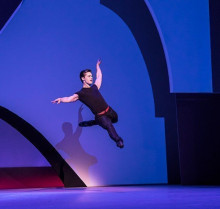 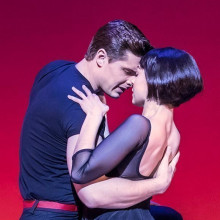 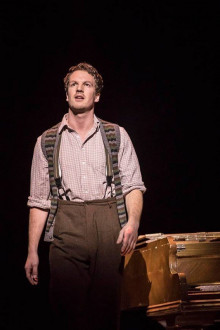 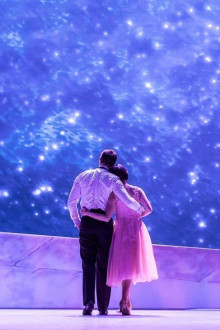 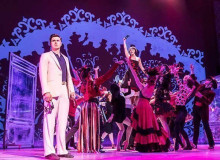 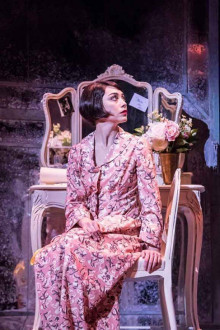 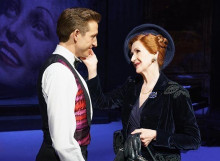