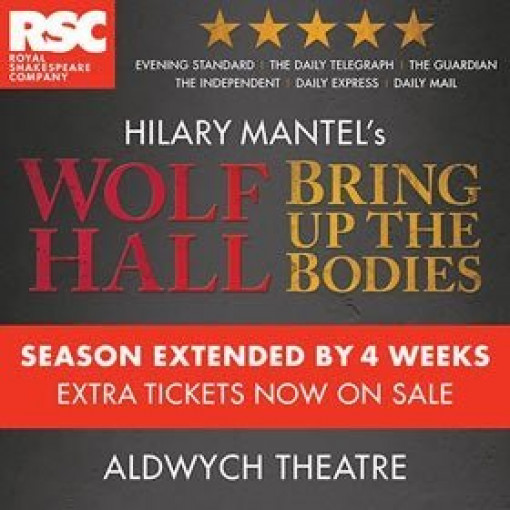 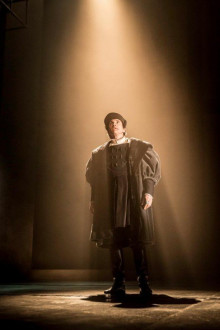 It’s England, and the year is 1527. King Henry 8th has been on the throne for two decades and hasn’t yet managed to sire a male heir. It’s a disaster in the making and, determined to divorce his wife, he persuades Cardinal Wolsey to petition the Pope for an annulment. But it’s a horribly slow and tortuous process. Henry is not a naturally patient man and as the months pass he becomes more and more volatile.

When the commoner Thomas Cromwell arrives at the royal Court he decides to help the king achieve his aims. Once a mercenary, a talented politician, experienced lawyer and loving father, he decides to please the king while at the same time ruthlessly pursuing his own sinister agenda.

Mantel’s novels about the stellar rise of Cromwell through the ranks of British politics to become Henry 8th’s right hand man have already been hailed as a landmark in British culture. She is also the first author to win two Man Booker Prizes for consecutive novels, and the stage production will set her already formidable reputation in stone.

The two books have been cleverly adapted for the stage by Mike Poulton, no stranger to historical drama and well respected for his involvement with St Erkenwald, Morte D'Arthur and Chaucer’s Canterbury Tales. The director is the Royal Court’s Jeremy Herrin, of This House and Much Ado About Nothing fame.

Hilary Mantel herself has apparently been an enthusiastic participant in the evolution of the plays, first produced in Shakespeare’s home city Stratford-upon-Avon to significant critical acclaim. Now the joint productions, which the Daily Mail has called ‘rich and riveting’, are transferring to the Aldwych for a strictly limited spring to autumn run.

Wolf Hall comes first, Bring Up The Bodies second, and the author is currently writing a third novel in the series. If you can’t get enough of it, you’re not alone. Hurry up and join Mantel fans all over Britain as they snap up seats to see the author’s work transformed into vibrant on-stage life. Expect fabulous costumes, wonderful dialogue, a true story and a genuinely fascinating piece of British history made flesh.

If you’d like to secure Wolf Hall cheap tickets, we offer the full range of seating types, from low cost to premium, all with excellent availability.