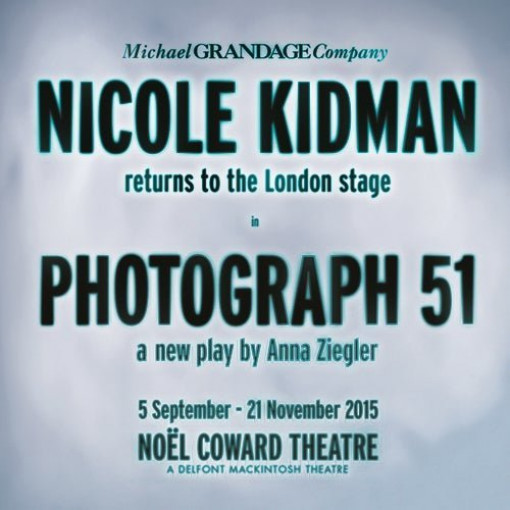 This brilliant play's title refers to an x-ray crystallography image of the DNA double helix structure produced by Franklin and a PhD student in 1952 at King’s College, London. US playwright Anna Ziegler created a compelling play telling the story of Rosalind Franklin and the remarkable image the female scientist captured. It was a photo that changed the world. As Franklin herself said, “The instant I saw the photograph my mouth fell open and my pulse began to race."

Her famous X-ray diffraction images of DNA, the complex genetic information passed down the generations of every living being, led to the discovery of DNA's double helix structure in 1953.

Franklin knew how important her photograph was and, in the male dominated race to unlock the secret of life, she realised it might hold the key. With the world's finest scientists searching for the answer, did Franklin get credit for her contribution?

Maurice Wilkins showed James Watson the photo without Franklin's approval. He and Francis Crick used it to develop their revolutionary chemical model of the DNA molecule. And in 1962 Wilkins, Watson and Crick won the Nobel Prize in Physiology or Medicine, four years after Franklin's death. Her involvement was not acknowledged.

Directed by Michael Grandage, with set and costumes by Christopher Oram and sound design by Adam Cork, this is a fitting celebration of a very special discovery. It's an extraordinary play exploring the life of the woman who cracked the DNA code, the sacrifices she made in pursuit of the truth, the nature of science, love and history.

There's a real treat in store for lovers of fine drama. Last time Kidman was over here she starred in David Hare's 1998 play The Blue Room at the Donmar Warehouse, a widely acclaimed performance described by one ecstatic reviewer as “pure theatrical viagra". The role landed her an Olivier Award nomination, the capital's biggest accolade. And Director Michael Grandage is no stranger to Kidman's talents. He worked closely with the actress, collaborating on the feature film Genius.

Photograph 51 is on from September 14 until November 21 2015 and the play takes to the stage at the stunning Noel Coward Theatre, to where Grandage's famously excellent theatre company returns after a smash hit, sell-out 2014 season.

Photograph 51 – The true story behind the discovery of DNA's structure

If you’d like to buy Photograph 51 cheap tickets we offer the full range of seating types, from low cost to premium, all with excellent availability.

Tickets will be dispatched two weeks before the performance date.

Please note that Photograph 51 runs without an interval and latecomers will not be admitted once the performance has begun. Please arrive at the theatre in plenty of time, the theatre bars will be open prior to the performance, opening at approximately 6pm or 1.45pm for the matinee.