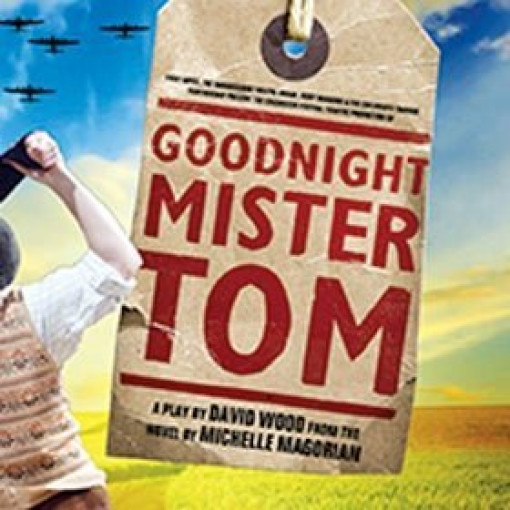 Goodnight Mr Tom – Prepare to cry, in a good way!

What's on for Christmas at the Duke of York's Theatre? It's a wonderful, heart-warming seasonal treat in the form of Goodnight Mister Tom. Originally a children's book the Michelle Magorian published in 1981, the story is set in rural England just before the outbreak of the Second World War. And it's a proper weepie, the tale of a sad and neglected boy whose evacuation to the countryside brings unexpected happiness.

In the early 1980s the book won a coveted Guardian Children's Fiction Prize and was also commended for the Carnegie Medal from British librarians, winning a runners up prize in a contest that celebrates the best English children's book of the year.

So far it has been adapted for musical theatre twice, once as a play and once as a film. The most recent stage production won an Olivier Award for Best Entertainment. Now it's time for David Wood’s Olivier Award-winning version to hit the West End for a second time, playing over Christmas and into the new year at the Duke of York’s.

The show stars the excellent David Troughton in the title role and takes to the stage from 11th December 2015, running until 20th February 2016.

The plot? We meet young William Beech who, just before war breaks out, is evacuated from London like thousands of other children to a safe place in the beautiful Dorset countryside. He was abused at home by his mother, both physically and emotionally, and he arrives in a fragile state.

William's unlikely friendship with the elderly recluse he's billeted with, Tom Oakley, changes his life for the better, full of unexpected love and warmth. Safe with Tom, William is happy for the first time in ages… until his mum calls him back to London.

As you can imagine this is a real tear-jerker of a show, one of those marvellous happy-sad stories that we carry around with us for a long time afterwards, examining it like a little jewel and re-living the experience all over again. The book made a massive impact, delighting millions of readers, young and old. The stage show brings the drama to vibrant life, an emotional rollercoaster you'll love to ride.

Will there be a happy ending for William and his friend Mr Tom? Give yourself a theatrical Christmas treat - come and see the action unfold on stage.

David Wood’s clever adaptation was originally a huge hit at the Chichester Festival Theatre. Now it's in theatreland. The show marks the return of Troughton, a Royal Shakespeare Company regular loved for his work on hugely popular shows like Season’s Greetings, Measure For Measure and Peter Pan. The rest of the cast is to be announced – watch this space.

Production is by Fiery Angel, The Ambassador Theatre Group, Fiery Dragons and The Children's Touring Partnership.

If you’d like to buy Goodnight Mr Tom cheap tickets we offer the full range of seating types, from low cost to premium, all with great availability.