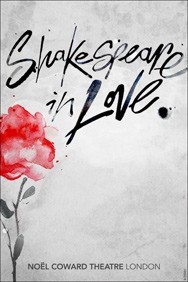 It has been announced that Disney Theatrical, creators of hits such as The Lion King and Mary Poppins, are bringing 1998 film Shakespeare in Love to the stage with production by Sonia Friedman.

Disney are yet to confirm where the show will open but it has been reported that they are targeting a West End debut.