by Oliver Mitford on Thursday 13 August 2015, 10:31 am in Cast Changes and Announcements 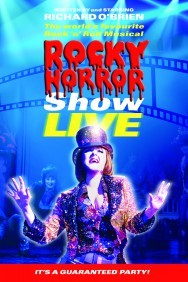 Richard O’Brien, the eccentric mastermind behind the original Rocky Horror Show has confirmed that he will take on the role of Narrator in the upcoming West End production of the cult classic.

Obrien will appear in 11 special performances at the Playhouse Theatre from 11 to 19 September 2015. He will also be joined by a host of celebrities and well-known faces for a very special gala performance. Stephen Fry, Emma Bunton and Mel Giedroyc are just some of the names thus far confirmed.

The charity gala performance in aid of Amnesty International will be held on 17 September 2015, and will also be broadcast by Picturehouse Entertainment to screens across the UK.

This limited West End Run is followed by a UK tour that will see the production play in theatres across the country, opening at the Theatre Royal Brighton on 17 December 2015.

Directed by Christopher Luscombe, The Rocky Horror Picture Show tells the story of newlyweds Brad Majors and Janet Weiss, and their ordeal at the hands of a Transsexual from Transylvania named Dr Frank-N-Furter.

The cast for the West End run includes the Olivier Award winning David Bedella as Frank-N-Furter, Ben Forster as Brad, Kristian Lavercombe as Riff Raff and Haley Flaherty as Janet. Further casting is still to be announced.

Tickets for the run at the Playhouse Theatre are now on sale, and are sure to sell-out fast, so get booking!