The Other Palace Announces Changes To Its Artistic Team 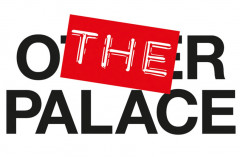 Paul Taylor Mills, previously Artistic Director, will take on a new role as Affiliate Producer at The Other Palace. His first production in this new role will be Heathers The Musical which transfers to the Main House after workshop presentations in The Studio.

Paul says: “I’ve had the most wonderful couple of years working with Andrew and the team at Really Useful Theatre and the Really Useful Group and establishing The Other Palace as one of the most important and dynamic venues in London for the new musical theatre scene. After spending the last couple of months being able to get my hands dirty on the producing of Heathers The Musical, I’ve reminded myself that this is where I get really excited and am keen to be able to focus my attentions on more of my independent projects. I’m incredibly proud of the work the team and I have created at The Other Palace, so will continue to be involved as an Affiliate Producer. With this in mind I’m looking forward to producing shows here in the future including Heathers The Musical this month and Murder For Two at Christmas.”

Chris Harper will come on board as Director of Programming to continue to expand the variety of shows presented at The Other Palace, focussing on building on the success of shows like Big Fish and Eugenius.

The Other Palace continues its ambition to produce musicals and play host to shows from other producers with the Studio remaining a place for developing new musicals. The Studio has hosted workshops of 26 new musicals, a myriad of cabaret nights as well as The Other Songs which has become a hub for songwriters to meet, play and showcase new writing to artists and record producers, as well as being a forum for composers to meet lyricists, and vice versa.

Whilst musical theatre will always be the beating heart of The Other Palace, the theatre will now be welcoming plays into the main house.

Bob Eady remains as Chief Operating Officer of The Other Palace.