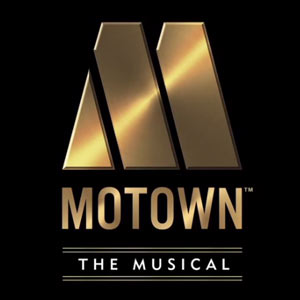 Tickets for the West End production of Motown The Musical, opening at the Shaftesbury Theatre in February 2016, are released for sale today (15 May 2015). With music and lyrics from the legendary Motown catalogue and book by Motown founder Berry Gordy, Motown the Musical is directed by Charles Randolph-Wright. London previews will begin on 11 February 2016 with press night on 8 March 2016 with the show booking to 22 October 2016. Casting and further information about Motown the Musical will be released shortly.

Featuring an eighteen piece orchestra playing 50 Motown tracks including Ain’t No Mountain High Enough, All Night Long, I’ll Be There, Dancing In The Street, Stop! In The Name Of Love, My Girl, I Heard It Through The Grapevine and For Once In My Life, Charles Randolph-Wright’s production tells the story behind the classic hits.

Tony nominated Motown the Musical received its world premiere in April 2013 in New York at the Lunt-Fontanne Theatre and recouped its $18 million investment by the end of 2014. The first US National Tour opened to critical acclaim last spring in Chicago, grossing $20 Million dollars during its standing room only sixteen-week run, and continues to play to packed house across America.

Motown the Musical has music supervision, orchestrations and arrangements by Ethan Popp, co-orchestrations and additional arrangements by Bryan Cook, dance arrangements by Zane Mark and music direction by Joseph Joubert. Choreography is by Patricia Wilcox and Warren Adams, scenic design by David Korins, costumes by Esosa, lighting by Natasha Katz, sound by Peter Hylenski and projections by Daniel Brodie. Motown the Musical will be produced in the West End by Kevin McCollum, Doug Morris, Berry Gordy and Adam Spiegel.