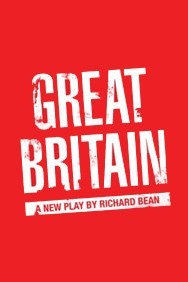 Directed by the National Theatre’s artistic director Nicholas Hytner, Great Britain is a scathing satire about the British press, the police and the political establishment. It follows Paige Britain, a ruthless and pushy young news editor of The Free Press, a tabloid newspaper that will stop at nothing to gain more readers.

Playwright Richard Bean is no stranger to a National Theatre West End transfer. His play One Man, Two Guvnors transferred to the Theatre Royal Haymarket and won the Evening Standard and Critics’ Circle Awards for Best New Play. Bean has won critical acclaim for his other plays including England People Very Nice and The Mentalists, also at the National Theatre, The Heretic and Toast at the Royal Court. Bean has penned the book for new musical Made in Dagenham that is due to open at the Adelphi Theatre in October this year.

Director Nicholas Hytner became the artistic director of the National Theatre back in April 2003, during his time at the theatre he has directed over 25 productions including His Dark Materials, The History Boys, The Alchemist, England People Very Nice, Phèdre, The Habit of Art, London Assurance, Hamlet, Collaborators, Travelling Light, One Man Two Guvnors, Timon of Athens and Othello.

Great Britain opened at the National Theatre’s Lyttelton Theatre last week to rave reviews from both audience and critics. The production runs in the West End at the Theatre Royal Haymarket from 10 September 2014 to 10 January 2015.