Death of a Salesman comes to the West End 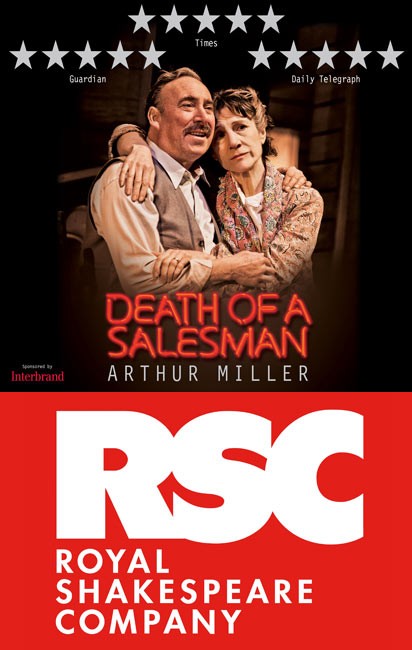 The Royal Shakespeare Company has confirmed that their critically acclaimed production of Arthur Miller’s seminal play Death of a Salesman will transfer to London’s West End in May 2015.

Having enjoyed a sold-out run in Stratford-upon-Avon, Death of a Salesman will replace Shakespeare in Love at the Noel Coward Theatre, opening 9 May 2015. The production stars the legendry stage actor Antony Sher and is directed by the Royal Shakespeare Company’s artistic director Gregory Doran.

Death of a Salesman is Arthur Miller’s 1949 Pulitzer prize-winning play that tells the tragic tale of a retiring Brooklyn salesman, whose high ambitions never quite marries up with reality. A story of broken dreams and repressed desires, Death of a Salesman is seen as one of the greatest American plays of the 20th Century. This production marks part of the centenary celebrations for Arthur Miller.

The ten week West End run will see the RSC original cast take to the stage of the Noel Coward Theatre, including Harriet Walter, Sam Marks and Alex Hassell. The production closes in Stratford on the 2 May 2015 and runs in the West End until 18 July 2015.

The shows director Gregory Doran said in a statement ‘Death of a Salesman is, without doubt in my mind, the greatest American play of the 20th Century and it has taken its rightful place, alongside Shakespeare, on our main stage in Stratford-upon-Avon. I am delighted we are able to share this production with London audiences at the Noël Coward Theatre.’

Tickets for Death of a Salesman will no doubt be very popular, so booking in advance is strongly advised.