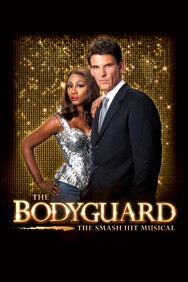 Beverly Knight has taken over the role of Rachel Marron, made so iconic by the late, great Whitney Houston and then Heather Hadley. On joining the West End production, Beverley Knight said: ‘I am so excited to be playing Rachel Marron on stage in The Bodyguard. Making my West End theatre debut playing such an iconic role is both somewhat challenging and highly exhilarating and it is nothing but a privilege to perform the best of Whitney Houston’s extraordinary catalogue each night on stage at the Adelphi Theatre. After seeing the show as a member of the audience, I thought how brilliant it would be to join such a fantastic company on stage as they performed one iconic song after another and I couldn’t be happier that this is now a reality. I first heard Whitney’s music when she made her debut and exploded onto the scene with “Saving All My Love For You” when I was 13 years old. I have been mesmerised ever since.’

Joining Knight on stage each night is Tristan Gemmill, best known for playing Dr Adam Trueman in Casualty, a role he played in the BBC’s long-running medical drama series. He now takes on the famous ‘bodyguard’ role and is following in the footsteps of Kevin Costner, who played the part in the film. When asked about the production, Gemmill stated: 'It’s a real thrill for me to be back in the West End in Thea Sharrock’s production of The Bodyguard. I love being responsible for protecting my co-star, the phenomenally talented Beverley Knight, and to hear her perform Whitney Houston’s timeless classics every night.’

Based on Lawrence Kasdan’s 1992 Oscar-nominated Warner Brothers’ film, Thea Sharrock’s production of The Bodyguard had its world premiere back in December 2012 at the Adelphi Theatre, where booking now extends to 30 August 2014 with the release of almost 235,000 new tickets for sale.