A Fresh Spin on The Importance of Being Earnest 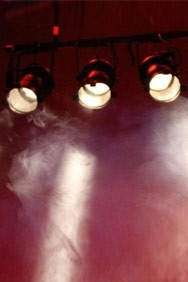 A new production of The Importance of Being Earnest will open at the Harold Pinter Theatre this summer, with a cast including Nigel Havers and Siân Phillips, opening on 17th July.

The first thing that caught my eye were the number of actors who seem too old to play the roles. Then I noticed it’s being produced by the Bunbury Company of Players. Bunbury you recall is the false name Earnest gives himself when he’s getting up to mischief.

How mysterious. What can this mean? Will the framing device be that we’re watching an elderly bunch of amateur actors perform the piece?

Fortunately it’s all in the hands of a very fine cast and acclaimed director Lucy Bailey so we can be sure it’ll all be very classy.

Oscar Wilde’s comedy of manners concerns two young couples mixing up identities in the pursuit of love, watched over by the formidable matriarch Lady Bracknel – who utters the famous line “A handbag!” in response to a suitors revelation that he was found as a baby amongst the luggage at Victoria Station.

It’s always a joy and is robust enough to withstand the zaniest of approaches including several notable productions with men as Lady B my favourite being Bette Bourne who gave her ladyship a formidable presence.

Confusing the sexuality isn’t as strange an approach to a production as it might first appear. Homosexuality was illegal when the play was written and Wilde, a voraciously gay man, slips in all kinds of queer slang from the period.

How gay men watching the opening night must have sniggered at those around them who thought they were watching a respectable West End play.

From the sounds of the forthcoming production the play may have a few new surprises for us!

The Importance of Being Earnest tickets