LEGALLY BLONDE The Musical celebrates at the 2011 Laurence Olivier Awards

Tonight, 13 March 2011, as a further 180,000 tickets are released for sale, Legally Blonde The Musical celebrates at the 2011 Lawrence Olivier Awards winning Best New Musical, with Sheridan Smith collecting the Best Actress in a Musical Award for her critically acclaimed performance as Elle Woods and Jill Halfpenny picking up the award for Best Performance in a Supporting Role in a Musical. 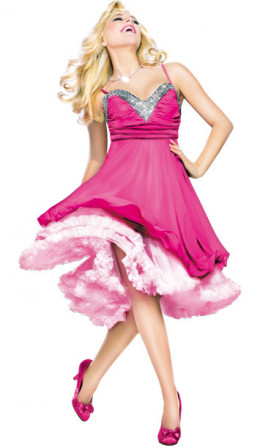 College sweetheart and homecoming queen Elle Woods doesn't take no for an answer. So when her boyfriend Warner dumps her for someone serious, Elle puts down the credit card, hits the books, and heads for Harvard Law! Along the way, Elle proves that being true to yourself never goes out of style.