This is fun. Great fun. It's naughty but nice. It's unexpected. And it leaves you with a wonderfully positive spring in your step, taking your home with a smile.

Stunning college sweetheart and homecoming queen Elle Woods isn't a girl to take no for an answer. So when she's dumped by her boyfriend she resolves to change. And how! No more shopping. No more ladies that lunch. Instead she takes Harvard Law School by storm. Talk about a u-turn!

The stage show has won massive critical acclaim. It's such a great story. And Legally Blonde the Musical has knocked the West End for six too. With Tony award winner and Olivier nominated choreographer / Director Jerry Mitchell in charge, it's one of the hottest theatre tickets London has to offer.

As the Daily Telegraph says, this is Musical Theatre at its best. Great tunes and witty lines. "Smart, sassy and spectacular". The Independent's Paul Taylor says it's "ridiculously enjoyable from start to finish" and "camp peroxide-perfection in terms of its showbiz roots". Some say it's better than the movie. The lyrics are genuinely funny. The score is perfect; by turns brassy, happy and cheeky to suit the action. There's even a few tear jerk moments.

If that sounds like your kind of show, book tickets for Legally Blonde – The Musical now, get dressed up to the nines and hit the big time!

Seats in row F and G in the Upper Circle are restricted view with a handrail in front. 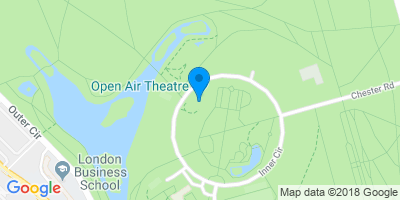