The Taming of the Shrew

The Taming of the Shrew photos 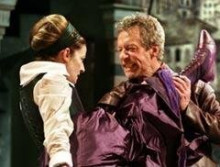 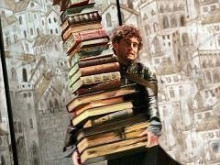 The Taming of the Shrew description

The flamboyant Petruchio wins the unruly Kate's hand in marriage. Will his unconventional methods succeed in curing her temper and scolding tongue? Shakespeare explores the sexual politics of marriage in one of his earliest and most controversial comedies.

Michelle Gomez joins the RSC for the first time to play Kate. She is perhaps best known for her role in the Channel 4 comedy Green Wing, while her most recent stage appearance was in the acclaimed West End production of Boeing Boeing at The Comedy Theatre. Stephen Boxer returns to the company to play Petruchio, having last appeared with the RSC in the 1999 production of Bartholomew Fair. His other RSC credits include the role of Angelo in Michael Boyd's 1998 production of Measure for Measure, whilst his many television credits include his current role as Dr Joe Fenton in BBC1's Doctors.

The Taming of the Shrew is directed by Conall Morrison, whose production of Macbeth played in the Swan Theatre in 2007. Conall is an Associate Artist of the Abbey Theatre, Dublin where his productions include The Bacchae of Baghdad, Hamlet and his own adaptation of Patrick Kavanagh's Tarry Flynn. He also recently directed La Traviata for the ENO at the Coliseum in London.

Please Note: Performances start promptly and latecomers will not be admitted. 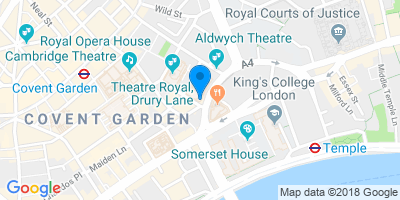