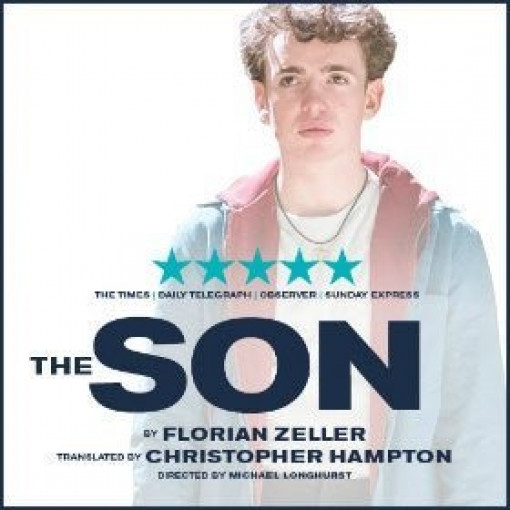 The Son – The third play in Zeller's brilliant family trilogy

First came The Father and The Mother. Now the third play in the French playwright Florian Zeller's tense, emotional family drama is in the West End following a sell-out run at the Kiln theatre. It's called The Son and it stars the brilliant Welsh actor Laurie Kynaston, a man so talented he has rarely been out of work since leaving acting school.

The Son transfers to the Duke of York's Theatre fresh from its English language premiere at the Kiln theatre, until recently called the Tricycle theatre. It's directed by Michael Longhurst and stars Amanda Abbington, Amaka Okafor and John Light.

The story? When a family breaks down, so does the son. Nicolas is struggling to cope in the aftermath of his parents' divorce. He's skipping school, telling lies, and hiding strange objects under his bed, all signs of a troubled young mind. It might seem like everyday teen angst from the outside, but Nicolas' pain is real and it goes an awful lot deeper than that.

Nicolas has a theory. He thinks if he maybe moves in with his dad Pierre, and his dad's new family, he'll feel better. He tries it and fails – he still feels just as bad. He moves back in with his mum for another fresh start but that doesn't feel right either. The thing is, change seems to take the pain away, but what happens when there are no more choices left?

Florian Zeller is a French novelist and playwright who won the Prix Interallié in 2004 for his novel La Fascination du Pire, the Fascination of Evil. He has also won several coveted Molière Awards for his work. The Son is the final part of a trilogy made up of the sold-out Olivier Award winning play The Father, which starred Claire Skinner and Kenneth Cranham, and The Mother. Zeller is also responsible for creating the brilliant plays The Lie, The Height of the Storm, and The Truth.

Amanda Abbington reprises the role she played in the original production, as do Laurie Kynaston, John Light and Amaka Okafor. The play was translated from the original French by Christopher Hampton. The design is by Lizzie Clachan, the lighting comes from Lee Curran, the compositions from Isobel Waller-Bridge and the casting from Amy Ball.

It's incredible seeing Nicolas reeling from his parents’ separation on stage. Kynaston is a major talent with a very bright future ahead of him. It's terrible seeing Nicolas' depression and confusion unfold on stage as his parents watch, not really realising that his actions are born of pain. In fact nobody seems to notice Nicolas' slide into depression, even though to the audience it's blindingly obvious. You'll find yourself wondering why no one can see quite how distressed Nicolas is. And their confusion is portrayed beautifully by the stage set, which is completely trashed... but the actors on stage don't seem to notice. So clever. You're going to adore it.

Please note there is no interval.