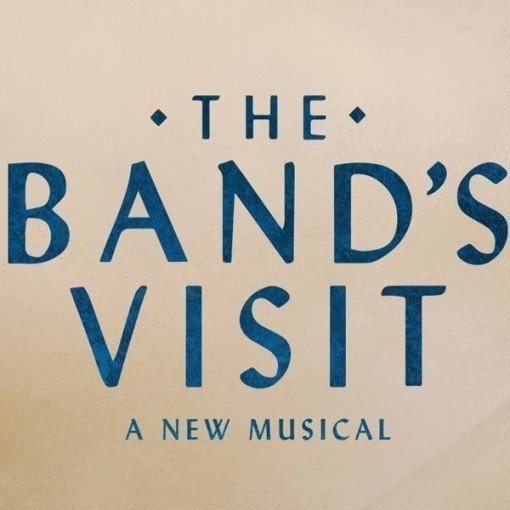 This is being billed as a 'critically acclaimed new musical that celebrates the deeply human ways music and laughter connect us all'. And, by all accounts, it is a little slice of pure magic.

The Band's Visit is a beautiful stage musical whose music and lyrics come from David Yazbek. The book is by Itamar Moses, and the musical's plot is based on the smash hit Israeli movie of the same name. It first opened on Broadway in 2017 following an off-Broadway premiere in 2016.

From the offset The Band's Visit has enjoyed enormous critical acclaim. The off-Broadway version won the 2017 Obie Award for Musical Theatre, plus the 2017 New York Drama Critics' Circle Award for Best Musical. The 72nd Tony Award ceremony saw it gather nominations for an awesome 11 awards, ten of which it won, including Best Musical. This is one of just four Broadway musicals to win the 'Big Six' Tonys: Best Musical, Best Book, Best Score, Best Actor in a Musical, Best Actress in a Musical, and Best Direction of a Musical.

Last but far from least, the show won 2019's Grammy Award for Best Musical Theater Album, proving the huge appeal of the gorgeous show tunes it contains. Talk about a monster of a hit!

Walk this way and spend your evening in the company of complete unforgettable strangers. This is already a much-vaunted musical and there are hints it'll fast become a classic in our world.

The Band’s Visit celebrates music and all the many ways in which it brings us to life, brings us together, brings us joy and laughter. As it turns out, music matters more than you could imagine in the small Israeli desert town where the story takes place, where every dull day feels exactly the same.

When something different appears in the form of the mysterious lost band, things start to change. Dina, for example, has given up on romance and spends her days daydreaming about the movies and music of her youth. The band arrives from Egypt, the locals take them in for the night, and under the spell of the stunning night sky, their lives start to intertwine in wonderful ways. And the sleepy little place starts to wake up at long last.

What the critics say

There are countless top class reviews to read, and here are just two of them. According to the New York Times, "It's time to fall in love again! One of the most ravishing musicals you will ever be seduced by."

And as Vogue's reviewer says, “Worlds collide, and hearts and minds open. It's ravishing! Unlike any musical I've ever seen."

Experience the magic for yourself

The Band's Visit is, apparently, one of those rare theatre shows that actually changes lives. If you want to leave the theatre knowing you have learned something valuable, and you have been in the presence of love, this is for you. It's an absolutely perfect piece of theatre.