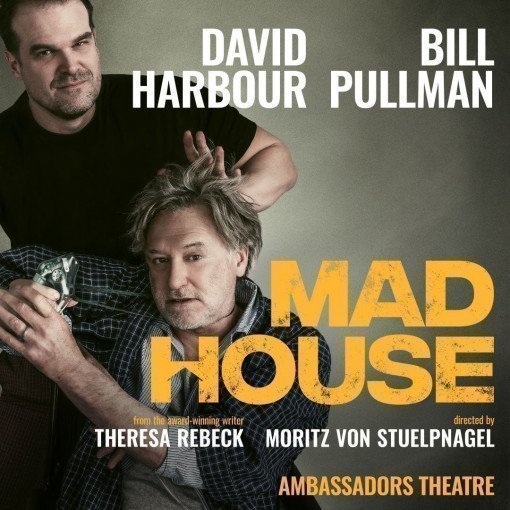 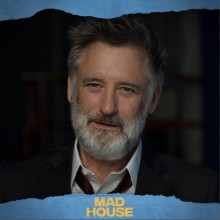 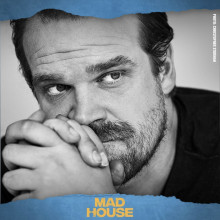 You’ve gone back to your childhood home in rural Pennsylvania to look after your dying father. Your brother and sister have turned up too. They seem more interested in how much their dad has left in his Will, and how to get hold of it all, than his wellbeing.

That’s what happens to Michael.

Rebeck’s play is both funny and dark, exploring what David Harbour, who plays a starring role, says is the “abyss of madness that lies at the pit of every family as they stare blankly, incomprehensively into the nature of our fleeting existence, and real estate."

What's the story behind Mad House?

David Harbour and Bill Pullman will star in the world première of Theresa Rebeck's new ‘darkly funny’ play, Mad House. It’s directed by Moritz von Stuelpnagel, opens on 26th June at the Ambassadors Theatre and runs until 4th September. As Theresa Rebeck herself says, "There are those projects when the stars simply align, and to see David and Bill together on stage is beyond my wildest dreams. I'm very much looking forward to being back in the rehearsal room with Moritz as we bring the play to production here in London."

This production reunites the playwright with the director. She and von Stuelpnagel collaborated on both Bernhardt/Hamlet and Seared. Theresa Rebeck is prolific and widely produced, with work staged around the world. She has wowed Broadway many times with great plays including Dead Accounts, Downstairs (Primary Stages), The Scene, The Water's Edge, Loose Knit, and many more.

She’s also a skilled director, and no stranger to the small and big screen. Major screen credits include Trouble, the legendary TV cop series NYPD Blue, and the female spy thriller 355. She even writes books, including the best selling Three Girls and Their Brother, and I'm Glad About You. New stage work from such a multi-talented writer is always a treat.

Buy tickets for Mad House from us and enjoy simple, efficient service. We'll email your e-tickets to you – just present them at the door on the day.