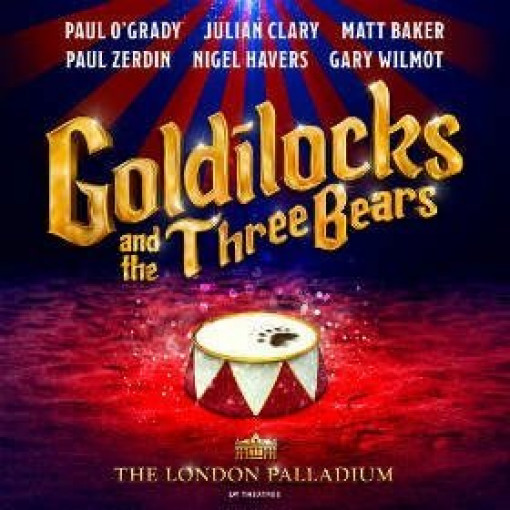 Goldilocks and the Three Bears

Goldilocks and the Three Bears description

Goldilocks and the Three Bears – Classic panto for the festive season!

Roll up, roll up... buy tickets for Goldilocks and the Three Bears! You can tell the festive season's here. For the fourth year running the magnificent London Palladium is treating us to a panto extravaganza with an all-star cast, and this year it's Goldilocks and the Three Bears. A classic children's story loved by millions, it's packed with action and fun, specially designed for the little ones in your life.

This special fairytale was first told in 1837, but it remains as popular as ever. The venue is the London Palladium, a place so huge and exciting that it's part of the experience. And the cast is stacked with household names. No wonder we're fully expecting a sell-out!

This version takes a popular old story to a fresh new place, setting the story in a colourful circus instead of a forest. The bears are not the baddies, either. They're the furry heroes, the ones who help young Goldilocks and her mum battle the Evil Ringmaster and put an end to his horrible circus acts. Will Goldilocks and her mum score a victory with the help of the bears? Come and see, but bear in mind (no pun intended!) that it's only around for a limited five week festive run.

The team behind the show is also impressive, an Olivier award-winning bunch. Direction is by Michael Harrison and choreography by Karen Bruce, the set design comes from Ian Westbrook and there's an entire team of costume designers including Hugh Durrant. The awe-inspiring special effects come from The Twins FX, the lighting's from Ben Cracknell, the sound design by Gareth Owen, and the original music by Gary Hind.

You'll love seeing the London Palladium decked out as a circus. There's comedy, eye-catching special effects, crazy stunts and eye-watering circus acts, people like the internationally famed illusionist Phil Hitchcock, The Skating Medini rollerskating act, ‘Rola Bola’, from the German Belli Family Circus and Europe’s youngest stunt rider, Peter Pavlov. Together they weave the story of Dame Betty Barnum and her daughter Goldilocks’ who have to fight for the survival of their circus. Will we see you there?

Goldilocks at the London Palladium is a spectacular comedy production for a general audience. However, as an advisory notice to adults bringing young panto-goers; the production contains adult innuendo and intimation which may not be appropriate for everyone.

Goldilocks at the London Palladium is a spectacular comedy production for a general audience. However, as an advisory notice to adults bringing young panto-goers; the production contains adult innuendo and intimation which may not be appropriate for everyone.

Goldilocks and the Three Bears photos 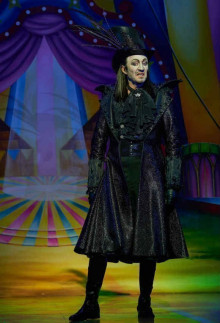 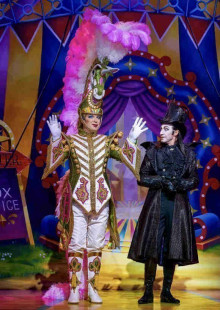 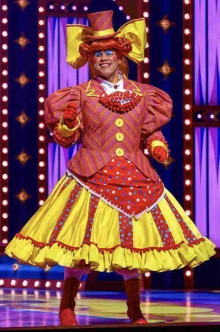 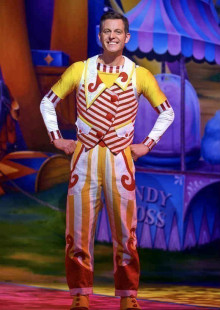 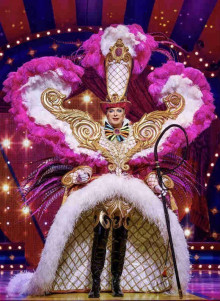 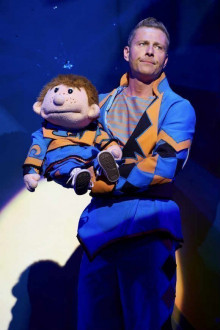 Goldilocks and the Three Bears news