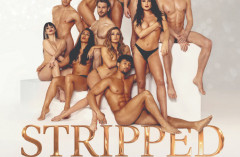 The Make A Difference Trust is thrilled to announce that a trio of stars are returning to WEST END BARES to co-host the 10th Anniversary performance, WEST END BARES: STRIPPED. Graham Norton, Tom Allen and Michelle Visage will together host one spectacular celebratory show at Troxy on Sunday 13 October at 8.30pm.

Graham Norton said today; “I’m thrilled to be back co-hosting West End Bares with Tom and Michelle and I can’t believe we’re now celebrating the show’s 10th Birthday. It’s always a brilliant night and this year promises to be better than ever!”

Tom Allen said today; “I’m so excited to be returning to West End Bares this year and Stripped promises the most incredible show yet, celebrating the best performances over the course of a decade of Bares. It’s an amazing night that you won’t want to miss!”

Michelle Visage said today; “I cannot wait to be part of West End Bares again this year as we celebrate ten years of such an important event raising so much money for the Make a Difference Trust. I’m sure Graham, Tom and I will have a fabulous time and I hope you all will too!”

Having hosted the show for three triumphant years between 2015 and 2017, household name Graham Norton returns to WEST END BARES in 2019. Graham is best known as the host of BBC One’s five-time BAFTA TV Award winning “The Graham Norton Show”. He also presents on BBC Radio 2, and is BBC One’s television commentator of the “Eurovision Song Contest”. In Autumn this year, Graham will be seen on screens as a judge on BBC Three’s “RuPaul’s Drag Race UK”. He has appeared in Channel 4’s “Father Ted”, as a host of BBC One’s “How Do You Solve A Problem Like Maria?” and its subsequent series, and “Children in Need”. His third fiction novel “A Keeper” was released in October 2018.

Currently on tv screens as co-host of Channel 4’s “Bake Off: An Extra Slice”, Tom Allen returns to WEST END BARES following his hugely popular appearance as host in 2019. Tom is an award-winning comedian, writer and actor having won both So You Think You’re Funny in Edinburgh and the BBC New Comedy Awards. He has appeared on BBC One’s “Live at the Apollo”, BBC Two’s “Mock The Week”, Channel 4’s, “8 Out of 10 Cats Does Countdown” and hosted “Bake Off: The Professionals”. His radio credits include BBC Radio 4’s “Just A Minute” and the Sony Award winning “Bleak Expectations”. He also records a popular weekly podcast “Like Minded Friends” with Suzi Ruffell.

Perhaps best known as a judge on the Emmy Award winning hit television show “RuPaul’s Drag Race”, Michelle Visage is an American recording artist, TV host, radio DJ, author and TV personality who was most recently seen on the West End stage as ‘Miss Hedge’ in “Everybody’s Talking About Jamie”. She returns to UK tv screens this Autumn as a judge on BBC Three’s “RuPaul’s Drag Race UK” alongside RuPaul, Alan Carr and Graham Norton. Michelle has appeared Channel 5’s “Celebrity Big Brother UK” and as a judge on Virgin Media One’s “Ireland’s Got Talent”. Her debut novel “The Diva Rules” was released in November 2015.

WEST END BARES benefits the Make A Difference Trust, a UK based charity with a vision of a world free from HIV and AIDS. Since its first scintillating show in 2010 WEST END BARES has raised over £300,000. WEST END BARES is based on the original concept BROADWAY BARES by Tony Award winning Broadway and West End director and choreographer Jerry Mitchell.

Building on a legacy of over 30 years of fundraising by the theatre industry, The Make A Difference Trust raises funds for HIV and AIDS projects that build awareness and provide care, support and education in the United Kingdom and Sub-Saharan Africa. The Trust works with established partners to ensure projects have maximum impact and are sustainable. The Trust has distributed grants to support individuals experiencing hardship across the UK as well as grants to support projects with their UK and International partners, to relieve poverty, provide a safe environment and education for children and orphans affected by HIV and AIDS, and to secure the needs of the individual and the greater community as a whole For further information about the Make A Difference Trust please visit www.madtrust.org.uk