by Best of Theatre Staff on Wednesday 29 August 2018, 11:01 am in Cast Changes and Announcements 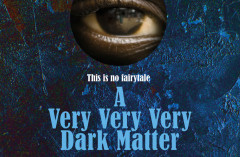 The London Theatre Company’s production, directed by Matthew Dunster, designed by Anna Fleischle with lighting by Philip Gladwell, music compositions by James Maloney, sound by George Dennis, special effects by Paul Wanklin and video effects by Finn Ross, will preview at the Bridge Theatre from 12 October with opening night on 24 October 2018 at 7pm. This 12-week run will conclude on 6 January 2019.

In a townhouse in Copenhagen works Hans Christian Andersen, a teller of exquisite and fantastic children’s tales beloved by millions. But the true source of his stories dwells in his attic upstairs, her existence a dark secret kept from the outside world. As dangerous, twisted and funny as his National Theatre and Broadway hit The Pillowman, Martin McDonagh’s new play travels deep into the abysses of the imagination.

Elizabeth Berrington was last on stage in Rasheeda Speaking at the Trafalgar Studios. Her previous theatre credits include Who Cares and The Low Road for the Royal Court, Holes at the Arcola Theatre, Absent Friends at the Comedy Theatre and Abigail’s Party for Hampstead Theatre. Her television credits include Patrick Melrose, Stella, Waterloo Road, Vanity Fair, Borderline, Death in Paradise, Little Boy Blue and the forthcoming Good Omens. Her film credits include Naked, Secrets and Lies, Vera Drake, Mr. Turner andMartin McDonagh’s In Bruges.

Jim Broadbent (Hans Christian Andersen) is a BAFTA and Academy award-winning actor. He has previously appeared in Martin McDonagh’s The Pillowman at the National Theatre where he was also seen in Improbable Theatre’s Theatre of Blood. Broadbent has worked extensively for the Donmar Warehouse, the Old Vic, the Royal Court and the Royal Shakespeare Company and has most recently been seen on stage in A Christmas Carol at The Noël Coward Theatre. His many film credits include Iris, for which he won an Academy Award, The Lady in the Van, Paddington, Brooklyn, Iron Lady, Le Weekend, Harry Potter and the Half Blood Prince and Moulin Rouge. His more recent television credits include King Lear, Game of Thrones, War and Peace, London Spy and The Go-Between as well as his BAFTA winning role in Longford.

Martin McDonagh is an award-winning writer and director. His plays are The Beauty Queen of Leenane, A Skull in Connemara, The Lonesome West, The Lieutenant of Inishmore, The Cripple of Inishmaan, The Pillowman, A Behanding in Spokane and Hangmen. As a writer and director for film, his credits are Seven Psychopaths, In Bruges, Six Shooter and most recently, the Academy Award, BAFTA and Golden Globe winning Three Billboards Outside Ebbing, Missouri.

Matthew Dunster directed McDonagh’s Hangmen at the Royal Court which also transferred to New York.His other directing credits include The Seagull and A Midsummer Night’s Dream at the Regent’s Park Open Air Theatre, Love’s Sacrifice for the Royal Shakespeare Company, Liberian Girl at the Royal Court, Love the Sinner for the National Theatre, Doctor Faustus, Imogen, The Frontline and Much Ado About Nothing for Shakespeare’s Globe, Mametz for the National Theatre of Wales, Before the Party for the Almeida Theatre and Saturday Night and Sunday Morning, Macbeth and Mogadishu for the Royal Exchange Theatre. As a writer his plays include Children’s Children which premiered at the Almeida Theatre and You Can See the Hills which premiered at the Royal Exchange Theatre as well as an adaptation of 1984.