THE TURBINE THEATRE to open at Battersea Power Station 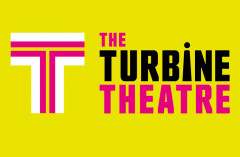 The Turbine Theatre is a brand new theatre on the banks of the Thames next to the iconic Battersea Power Station, presented by Bill Kenwright and founded and led by Artistic Director Paul Taylor-Mills. The theatre will be located under the Grosvenor Bridge railway arches at Circus West Village, the first chapter of the iconic Battersea Power Station’s regeneration, which is already a thriving riverside destination located at the foot of the iconic Grade II* listed landmark.

The Turbine Theatre is an intimate theatre with big ambitions. Everything they do revolves around one simple idea: powering the imagination.

Paul Taylor-Mills, Artistic Director, The Turbine Theatre said, “I’m elated to be launching a brand new theatre at the iconic Battersea Power Station. The vision is a simple one, to enable world class artists to tell stories that enchant at The Turbine Theatre and eventually play beyond our London home. We’re interested in being the starting point for new shows and also reimagining the older ones.

It has been a lifetime dream of mine to have a home for my ideas that feels authentically ‘me’. Over the last year I’ve had the most precious time curating a venue and programme that reflects my tastes and I’m really excited about welcoming those that have followed my work over the last couple of years.

I’ve been blessed with the most wonderful partners in Bill Kenwright and Hilary and Stuart Williams, without whom none of this would have been possible.”

Honor Fishburn, Director of Placemaking at Battersea Power Station Development Company (BPSDC), said: “We are extremely excited to work with Paul Taylor-Mills on The Turbine Theatre to enhance the arts and culture offering already available at Circus West Village. Paul will build upon the success of The Village Hall, which will continue to be used as an extraordinary venue for generating new ideas and talent, while widening access to creative spaces for local residents. Establishing a new cultural district for London that will generate a sense of community has always been a key focus for our shareholders in the regeneration of Battersea Power Station and will continue to be a very important pillar as the neighbourhood grows.”

New energy drives everything we do, from festivals of brand new works, world premieres of new productions and classic stories reimagined for contemporary audiences.

Every story is a journey andThe Turbine Theatreaims to be just the first stage for every idea, risk and labour of love that is brought to life in this electric new environment. We want to be the spark for the most talented and diverse voices that theatre has to offer.

We’re also passionate about playing a vital role at the heart of the emerging local Battersea community, offering a dynamic public space by day, and a groundbreaking theatre by night.

The groundbreaking and Tony Award winning story of drag queen Arnold Beckoff and his quest for true love in 1970s Manhattan is a hilarious and heartbreaking portrait of love, loss, sexual identity and the deep longing for family approval that drives us all forward, and drives us all crazy.

Torch Song features design by Ryan Laight, lighting by James Whiteside, sound by Seb Frost, with casting by Will Burton.

Drew McOnie is fast becoming one of Britain’s most sought-after emerging choreographers. He won the Olivier Award for Best Theatre Choreography for In the Heights in 2016 and he was nominated for the same award in 2017 for the ground-breaking production of Jesus Christ Superstar at Regent’s Park Open Air Theatre.

Theatre credits as director/choreographer include: King Kong at The Broadway Theatre, Broadway, Strictly Ballroom at the Piccadilly Theatre/Toronto/West Yorkshire Playhouse, On The Town at Regent’s Park Open Air Theatre(Olivier Award Nomination for Best Musical Revival 2018 Regent’s Park) and The Wild Party at The Other Palace.

For the McOnie Company: Jekyll and Hyde at the Old Vic (Broadway World Award Winner for Outstanding Achievement in Dance), Drunk! At Leicester Curve and The Bridewell Theatre, which lead to him being nominated for the ‘Emerging Artist Award’ at the National Dance Awards, Making Midnight at Jermyn Street Theatre and Latitude Festival, Slaughter(Audience Choice Award Winner - The Place Prize) and Be Mine! at the Robin Howard Theatre.

Additional Ballets for the National Youth Ballet include: Monochrome Suite at Sadlers Wells, The Old Man OfLochnagar at Sadler’s Wells and Hackney Empire, Little Red Riding Hood at Wimbledon Theatre and To You at Sadler’s Wells.

Film credits include: Me Before You directed by Thea Sharrock and Recordare: Days of Remembrance(pre-selected for the Cannes & Berlin Film Festival).

Harvey Fierstein is the Tony Award winning author of Torch Song Trilogy and La Cage Aux Folles. His other theatre writing includes Kinky Boots (Tony nominated), Newsies (Tony nominated), Casa Valentina (Tony nominated), A Catered Affair (12 Drama Desk nominations), Safe Sex, Spookhouse, and Legs Diamond among others. He wrote the teleplays of Hairspray Live and The Wiz Live both for NBC. For HBO he’s written On Tidy Endings (Ace Award), The Sissy Duckling (Humanitas Award) and Common Ground. He’s written political editorials for The NY Times, Huffington Post, TV Guide and PBS as well as authoring the beloved children’s book The Sissy Duckling. Beginning his acting career in Andy Warhol’s Pork at LaMama ETC, Mr. Fierstein is also well known for his theatre performances in Torch Song Trilogy (Tony Award), Hairspray (Tony Award), Fiddler on the Roof, La Cage Aux Folles, Gently Down the Stream, A Catered Affair as well as film performances including Mrs. Doubtfire, Independence Day, Mulan, and Bullets Over Broadway. This fall he will star in the premiere of his new play, Bella Bella! TV audiences know him from shows like The Good Wife, Nurse Jackie, Cheers (Emmy nomination), HAIRSPRAY LIVE! and recognize his voice from appearances on BoJack Horseman, Family Guy, The Simpsons, How I Met Your Mother, Sesame Street and from his narration of the Academy Award-winning documentary, The Times of Harvey Milk.

Daisy Boulton’s (Laurel) stage credits include Shakespeare in Love at the Noël Coward Theatre, Present Laughter at the Theatre Royal, Bath and Trouble In Mind at the Printroom Theatre. Daisy’s screen credits include The Exception for Egoli Tossell and Yonderland for Working Title/Sky.

Dino Fetscher’s (Ed) stage credits include As Is at Trafalgar Studios and Ghost Stories at the Arts Theatre. Dino’s screen credits include Russell T Davies’ critically acclaimed show Years and Years for the BBC, Gentleman Jack for the BBC, Humans for Channel 4, Paranoid for Netflix/ITV, Banana for E4, Now You See Me 2 and Samuel’s Getting Hitched.

Matthew Needham (Arnold) starred as John Buchannan in the critically acclaimed and award winning revival of Tennessee Williams’ Summer and Smoke. The production, originally produced by the Almeida Theatre, transferred to the Duke of York’s Theatre, West End in November 2018. Earlier that year Matthew starred in Mike Bartlett’s C**K for Chichester Theatre and The Twlight Zone at the Almeida Theatre. Other stage credits include The Treatment at the Almeida Theatre, Much Ado About Nothing, Imogen, Comedy of Errors, Titus Andronicus and The Burning Perstle all at Shakespeare’s Globe, and Henry IV Parts 1 & 2, Love’s Sacrifice, The Jew of Malta and Candide all for the Royal Shakespeare Company. Matthew’s screen credits include the Academy Award Winning short film Stutterer and HBO drama Chernobyl. Matthew has just finished filming Andrew Davies’ new Jane Austen adaptation Sanidton for ITV.

Rish Shah’s (Alan) stage credits include Story of Our Youth for the National Youth Theatre, We Are Here at the National Theatre, The Plains of Delight at Theatre Utopia, Croydon, The 39 Steps and On The Move, both at the Anatomy Theatre and You’re Dead Mate at The Nutshell, Winchester. Rish’s screen credits include Prank Me, Doctors, Years and Years for the BBC and India Sweets and Spices.