Thriller Live has become something of a fixture on Shaftesbury Avenue for the last few years, in fact they’ve just announced they’re taking bookings until April 2015 – it’s that popular.

The place was certainly packed last night to see 90s pop sensation and recent star of the Voice, Cleo Higgins début in the show. She joins a charismatic line up of lead singer / presents who guide the audience through the life, career and hits of Michael Jackson.

And what an extraordinary catalogue of songs it is, spanning 3 decades, Jackson not only topped the charts but blew all competition out of the water with a series of record breaking sales in the album and singles charts, first as a child star fronting the Jackson five and then as a solo artist defining disco, ballade and concept rock for a massive global audience.

The song list includes such well loved classics as ABC, I'LL BE THERE, SHOW YOU THE WAY TO GO, SHAKE YOUR BODY (DOWN TO THE GROUND), BLAME IT ON THE BOOGIE, DANGEROUS, SHE'S OUT OF MY LIFE, ROCK WITH YOU, IT'S THE FALLING IN LOVE, DON'T STOP 'TIL YOU GET ENOUGH, WANNA BE STARTIN' SOMETHIN', BEAT IT, THE WAY YOU MAKE ME FEEL, I JUST CAN'T STOP LOVING YOU, MAN IN THE MIRROR, BILLIE JEAN, THRILLER, BAD, and BLACK OR WHITE.

Ironically Thriller Live really became a hit when Jackson’s death was announced and grieving fans, with a little PR encouragement, came to see the show’s home at the Lyric Theatre as a place where they could leave flowers, presents and messages to the star. News footage of this was broadcast around the world paving the way for the tribute show to become a huge global hit, to date chalking up more than 3,700 performances in 29 countries and a global audience of almost three million.

The first thing you notice with Higgins is that she oozes confidence in front of the audience. She’s a stunningly beautiful woman with an incredible figure that her costume does nothing to hide.

The first thing you notice with Higgins is that she oozes confidence in front of the audience. She’s a stunningly beautiful woman with an incredible figure that her costume does nothing to hide and when she tosses her magnificent mane of hair, throws her head back and belts those big notes it sends a tingle up your spine.

Like Jackson, Higgins is no stranger to the charts. Aged 13, she was signed to Madonna’s Maverick label in the US she had 3 Top 5 hits, 2 hit TV series, sang for the Pope and if that weren’t achievement enough she rose to the dizzy heights of support act for The Spice Girls on tour!

But these days perhaps she’s best known for reaching the final stages of TV talent show THE VOICE where she was championed by Will.i.am who described her as “a superstar”.

She’s earned rave reviews for her incredible Jackson-like vocals, across Europe and it’s not surprising to learn she’s a long time fan.

In a press release last week she said -

“I’m a huge Michael Jackson fan and I identify with him. I’m an Eighties baby - I come from the same era. When he died I literally cried every day for a year. His death reminded me how connected I felt to him as a person and musician, but I didn’t recognise how strong those links were until then. My favourite song I get to perform in the show is They Don’t Really Care About Us. I get to feel the energy Michael gave when he sang, when it was recorded. I get right into that zone and I feel every word. We celebrate his incredible legacy in Thriller Live. His songs will never die.”

And you can certainly hear that passion in her vocals.

Thriller Live takes pride in being a constantly evolving spectacular. Tweaks and changes ensure that it feels fresh with every cast change as the organisers tailor the production to best showcase the guest artists.

Copyright issues mean the show isn’t allowed to weave the songs into a narrative, in the style of recent jukebox musicals – the industry name for a show that incorporates the well known back catalogue of a popular artist or genre rather than an original score– like Abba’s Mamma Mia and the Spice Girl's Viva forever.

Cleverly, however, the creators make an asset of this and the publicity proudly proclaims the hit has “no storyline to slow down the action”

Everything is presented against a dizzying array of spectacular projected backdrops that perfectly compliment the high energy dance routines.

Everything is presented against a dizzying array of spectacular projected backdrops that perfectly compliment the high energy dance routines, mirroring the evolving style of the late stars work on video.

Unsurprisingly the show doesn’t touch on the seedier side of Jacksons life so you can safely take the whole family for an undemanding, exhilarating night in the West End that’ll have you dancing in the aisles. 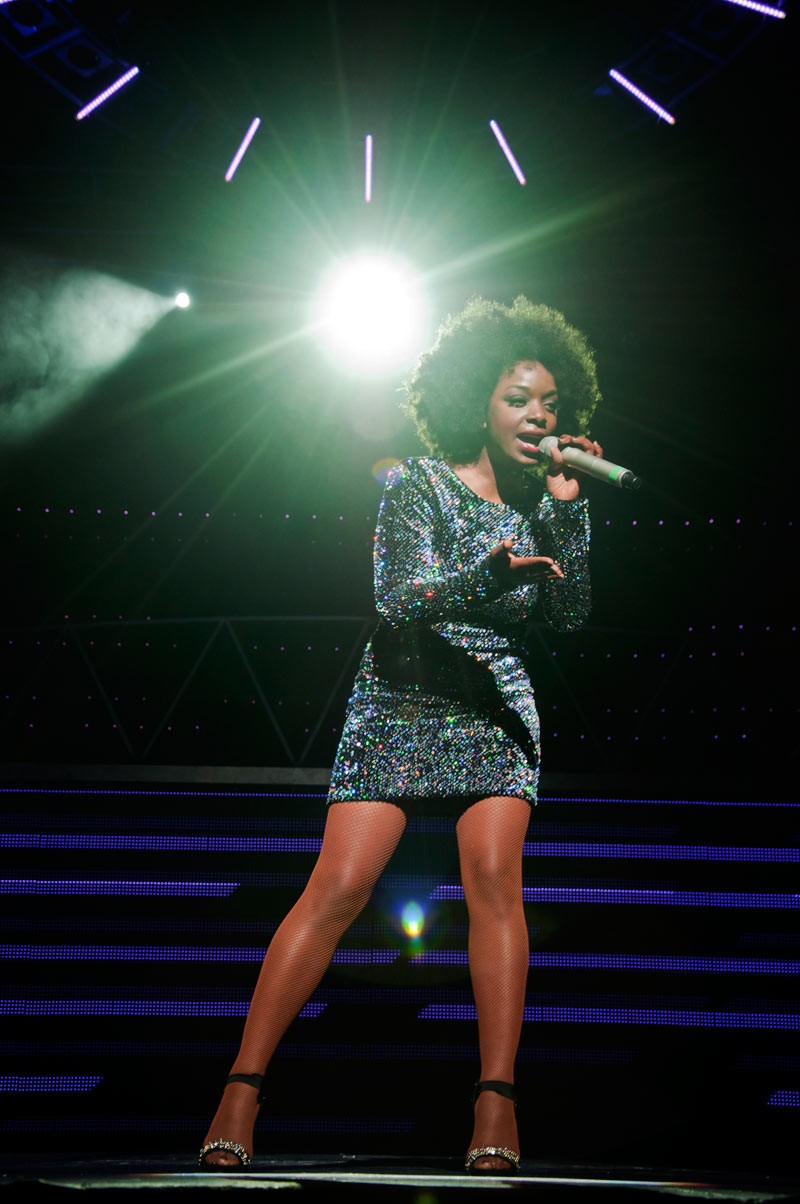