Review of Three Winters at the National Theatre 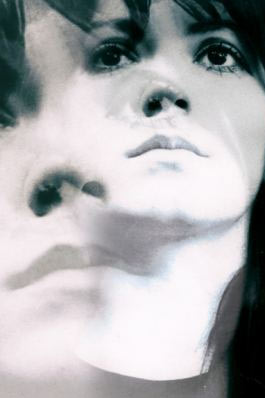 If you’re considering going to see a play you’ll probably already know how theatre can help you forget your everyday pre-occupations by transporting you to the romance and adventure of another time and place. But there’s an another equally powerful way that it can liberate you and that’s by challenging your brain with a knotty intellectual problem.

I doubt THREE WINTERS, by Croation writer Tena Štivičić, which has recently opened at the National Theatre, will engage your emotions but if you’re prepared to listen hard to the wordy exchanges it will give your intellect a work out by sweeping you up in a puzzle that is engaging so much of eastern Europe, namely - How to do we deal with the legacy of communism?

It’s the story of three generations of a Zagreb family and their relationship with the one room apartment bequeathed to them in 1945 by the Communists. The house in which it sits has been confiscated from Nazi collaborators and reallocated as accommodation for poorer patriotic families. In a strange twist of fate it’s given to the family of the former cleaner and the play chronicles the next 3 generations who live there, predominantly concerning itself with the period after World War II, the civil war in the 1990’s and a night in 2011 when, on the eve of Croatia’s entry into the EU, the grown up children return for a wedding.

Whether or not you understand the politics of each time and place I suspect you’ll find the first hour confusing as you learn to spot in which period a scene is set and which actor is playing an older or younger version of which character, as it dots between the three eras.

There are big sliding screens which mark the switches back and forth through history as they cross and recross the stage displaying huge and often distressing projections of news footage from each year. The Croation people have certainly seen more them their fair share of bloodshed and the images of violence and corpses are sometimes difficult to watch but they place the family squabbles within an epic framework and signify that the domestic drama of each scene should be viewed as a metaphor for a much bigger picture.

The wedding of 2011 represents a moment in time in which the country is looking ahead to predict the implications of becoming European and the family are anticipating how capitalism will affect their ownership of the big house. Fearing it will be bought up by a commercial operation and converted into a money making asset it has been purchased by the groom to ensure the family can stay. Ruthlessly he has organised for the other tenants to move out but does he have the moral right to do so when their tenancy was given by the state back in 1945?

In a nut shell the big question the play explores is who owns the former Yugoslavia? The communists of the past or the capitalists of today?

That could be very dry viewing, fascinating though this question is, so luckily this conundrum is only part of the evenings entertainment. The other ingredient is a gripping domestic drama that will resonate with anyone who can recognise the squabbles and love of their own family replicated by the action on stage.

The past does give the early time period a type of nostalgic romance as the beautiful and aristocratic young women depicted in a painting centre stage is taken in by her former servants, becoming a loved member of the new household. The modern day scenes however have the gritty insight into the breakdown of marriages and feuds that we might get from a TV soap.

The Director Howard Davies keeps things moving at a cracking pace and the excellent cast give full weight to the emotional and intellectual arguments.

Make no mistake you’ll have to work hard with frequent glances down at the programme notes to understand the full scope and context of the action but investment of your time and close attention will reward you with an exhilarating mental workout.