Michael Blakemore to direct the UK première of THE LIFE 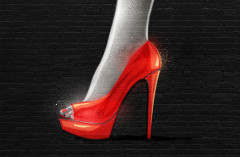 Described by the New York Times as “Broadway’s best kept secret”, The Life features a rarely heard score by celebrated composer Cy Coleman (City of Angels, Sweet Charity, Barnum) and is based on an original idea by lyricist Ira Gasman, and features a book by Coleman, Gasman and David Newman with book revisions for this production by Michael Blakemore.

A thrilling exposé of the darker side of 1980’s New York, The Life is a defiant and heartfelt musical about Times Square before it was cleaned up. A world of pimps and prostitutes, innocents and opportunists, it’s a gutsy and gritty joyride filled with both pathos and fun.

Michael Blakemore, said, “Getting The Life on in London has been an ambition of mine ever since we did it on Broadway. The score is Cy Coleman’s masterpiece and we’ll be presenting it with the original 11-piece orchestrations. We’ve assembled a magnificent cast and the show seems to have gathered in power and relevance with the passing of time. Funny, sharp and extraordinarily poignant, I think it will be something more than just a good night out.”

Queen, a young girl from Savannah, and Fleetwood, a Vietnam vet with a drug habit, are trying to make it in a merciless New York. Queen is forced into part-time prostitution and ‘The Life’ describes how these two lovers move through this dark world until Queen is helped by her one true friend, an older more experienced hooker, Sonja, to make her escape.

On this journey, we meet Memphis, the all-powerful king pimp, the girls he controls, Jojo, the hustler, who makes it all happen, and the fresh-faced Mary, straight off the bus from small town Minnesota, only too eager to embrace ‘The Life’.

The original critically acclaimed Broadway production of The Life, opened on 26 April 1997 at the Ethel Barrymore Theatre. It received 12 Tony Award nominations, winning Best Featured Actress and Actor in a Musical for cast members Lillias White and Chuck Cooper in the roles Sharon and Cornell will be taking on in the UK production. The Life was also nominated for 9 Drama Desk Awards, winning three, including Best Musical.

20 years after Michael Blakemore originally directed this musical gem, this new production of The Life is produced by Amy Anzel and Matt Chisling, with set and costume designs by Justin Nardella, choreography by Tom Jackson Greaves, projection designs by Nina Dunn, lighting by David Howe, musical direction by Tamara Saringer, and casting by Anne Vosser. Further casting will be announced in due course.

Sharon D. Clarke’s (Sonja) stage credits include Pigs and Dogs at the Royal Court, Ma Rainey’s Black Bottom, An Oak Tree, Everyman and Amen Corner for which she won the 2014 Best Supporting Actress Olivier Award for her role as ‘Odessa’, all at the National Theatre, A Wolf in Snakeskin Shoes at the Tricycle Theatre, Romeo and Juliet at the Rose Theatre, Kingston, Porgy and Bess at the Open Air Theatre, Regent’s Park, Blues in the Night at Hackney Empire, Ghost at the Piccadilly Theatre, for which she was nominated for Best Performance in a Supporting Role in a Musical, Hairspray at the Shaftesbury Theatre, We Will Rock You at the Dominion Theatre, for which she was nominated for Best Performance in a Supporting Role in a Musical, The Lion King at the Lyceum Theatre, Rent at Shaftesbury Theatre, Guys and Dolls at the National Theatre, Mama I Want to Sing at the Cambridge Theatre, Once on This Island at Birmingham Rep and West End, for which she was nominated fro the 1995 Olivier Award for Best Performance in a Supporting Role, Little Shop of Horrors at Leicester Haymarket Theatre and Medea at Theatr Clwyd & Young Vic. Sharon has also starred in four Pantomime seasons at the Hackney Empire; Sleeping Beauty, Puss in Boots, Mother Goose and Cinderella. Sharon’s screen credits include Tau, Sugarhouse, Secret Society, Beautiful People, Broken Glass, Tumble Down, Holby City – series regular, Unforgotten, You, Me and Them II, Death in Paradise, New Tricks, Psychobitches, Justin’s House, EastEnders, The Shadow Line, Tree Fu Tom, The Bill, Last Choir Standing, Casualty, Holby Blue, Boo!, The Crust, Waking the Dead, Soldier Soldier, Between the Lines, Children’s Ward, Stop Look Listen, and The Singing Detective. Sharon has also starred in several projects for BBC Radio 4, and has been a guest singer and soloist on Friday Night is Music Night for BBC Radio 2.

Cornell S. John’s (Memphis) stage credits include Porgy and Bess at the Savoy Theatre, Les Misérables at the Queen’s Theatre, Pacific Overtures at the Donmar Warehouse, The Full Monty at the Prince of Wales Theatre, Messiah on European Tour & Riverside Studios, The Lion King at the Lyceum Theatre, South Pacific at Sheffield Crucible, Sweet Charity at the Victoria Palace Theatre, Romeo and Juliet at the Belgrade Theatre, The Meeting at Pleasance Theatre & UK Tour, Waiting for Godot at West Yorkshire Playhouse & UK Tour, But I Could Only Whisper at the Arcola Theatre, The Rubenstein Kiss at Nottingham Playhouse & UK Tour and Baddies at the Unicorn Theatre. Cornell’s screen credits include Brotherhood, Jack and the Giant Killer, Dreams of a Life, Anuvahood, Kidulthood, The Chronicles of Narnia: Prince Caspian, Adulthood, Victoria, Death in Paradise, EastEnders, Waterloo Road, Rastamouse, Inside Men, Revolver, Doctors, No Signal, Casualty, Thieftakers, The Knock, Maisie Raine, Lenny Henry in Pieces, ‘Orrible, Holby City and Five Days 2.

Michael Blakemore became the first director to win a Tony Award both for Best Director of a Play and a Musical in the same year, in 2000, for Copenhagen and Kiss Me Kate. For Kiss Me Kate he also won the Drama Desk and Outer Critics Circle awards. Of the productions he has directed in London, 15 have won either the Evening Standard or Olivier Award in the categories of Best Play, Best Comedy or Best Musical. Michael most recently directed Noël Coward’s Blithe Spirit at the Gielgud Theatre starring Angela Lansbury.

Michael was Associate Director at the National Theatre where productions included The National Health, Long Day’s Journey into Night, The Front Page, Macbeth, The Cherry Orchard, Plunder, After the Fall and Copenhagen. Michael’s other directing credits include Privates on Parade for the RSC, Don’s Party and Widower’s Houses both at the Royal Court, Make and Break at the Lyric Hammersmith Theatre (where he was Resident Director) and Haymarket, Mr Peter’s Connections by Arthur Miller at the Almeida Theatre. Other West End successes are A Day in the Death of Joe Egg, The Resistible Rise of Arturo Ui, Forget-Me-Not, Design for Living, Knuckle, Separate Tables, All My Sons, Noises Off, Benefactors, Lettice and Lovage, Uncle Vanya, The Sisters Rosenweig, Democracy (West End and Broadway), Embers and Three Sisters. On Broadway, productions include three musicals, the Tony Award-winning City of Angels; The Life, voted best musical of 1997 by the Drama Desk, Outer Critics Circle and Drama League and receiving 12 Tony nominations; and Kiss Me Kate which received 12 Tony nominations. He also directed Death Defying Acts, three one-act plays by David Mamet, Elaine May and Woody Allen, Deuce, Is He Dead? and Blithe Spirit. He has written and directed two films, A Personal History of the Australian Surf (Standard Film Award 1982) and Country Life. His books include a novel, Next Season (1968), still in paperback, and two memoirs, Arguments with England (2004) and Stage Blood (2013).

Michael was awarded the AO (from Australia) and the OBC in 2003.

Cy Coleman was a musician’s composer, classically trained at piano, composition and orchestration at New York City’s High School for the Performing Arts and NY College of Music. Cy was being groomed to be the next great conductor. Instead he turned his passion to jazz and formed the popular Cy Coleman Trio.  Born Seymour Kaufman on June 14, 1929 in the Bronx, he changed his name at age 16 in time to use it on his first compositions with lyricist Joe A. McCarthy such as “Why Try To Change Me Now” (Frank Sinatra), “The Riviera (Tony Bennett)”, and “I’m Gonna Laugh You Right Out Of My Life” (Nat King Cole).  Still performing in jazz clubs and enjoying a successful recording career, Cy began writing with veteran songwriter Carolyn Leigh.  Hits like “Witchcraft”, “The Best Is Yet To Come”, and “Pass Me By” were followed by their successful leap to Broadway musicals with Wildcat starring Lucille Ball (“Hey, Look Me Over”) and then Little Me (“I’ve Got Your Number” and “Real Live Girl”).  In 1966 Cy triumphed again on Broadway with the smash hit Sweet Charity (with the legendary Dorothy Fields) featuring classic songs “Big Spender” and “If My Friends Could See Me Now”.

Cy’s successes on Broadway continued for over three more decades with the scores for Seesaw, I Love My Wife, On The Twentieth Century, Barnum, City of Angels, The Will Rogers Follies, and The Life.  In 2004 Cy returned to his roots and revived the Cy Coleman Trio, once again wowing audiences with his amazing skill at the piano.  In Cy’s amazing career he took home 3 Tony’s, 2 Grammys, 3 Emmys, an Academy Award nomination and countless honors.  Cy served on the Board of ASCAP for three decades and is a member of the Songwriters Hall of Fame.