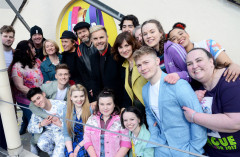 Take That, co-producers of the new musical THE BAND, joined the show’s cast to perform on the roof of the Theatre Royal Haymarket at 1pm today, Monday 19 March, to launch the six-week West End run of the musical at the theatre this Christmas, from 1 December 2018 to 12 January 2019.

Tim Firth’s award-winning new musical THE BAND, with the music of Take That, opened at Manchester Opera House on 8 September 2017 to hugely critical acclaim and has broken box office records around the UK.

THE BAND is a new musical about what it’s like to grow up with a boyband. For five 16 year-old friends in 1992, ‘the band’ is everything. 25 years on, we are reunited with the group of friends, now 40-something women, as they try once more to fulfil their dream of meeting their heroes.

THE BAND is directed by Kim Gavin and Jack Ryder, designed by Jon Bausor and choreographed by Kim Gavin, with lighting design by Patrick Woodroffe, video design by Luke Halls and sound design by Terry Jardine and Nick Lidster. 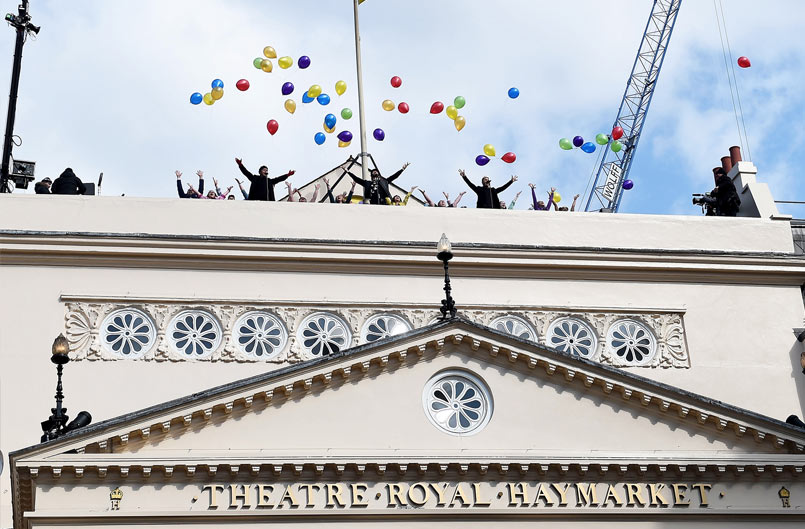