by Best of Theatre Staff on Monday 22 February 2016, 4:28 pm in Cast Changes and Announcements 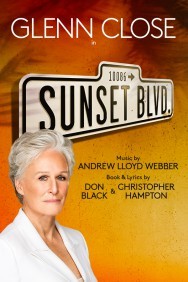 Joining Glenn Close, Michael Xavier, Siobhan Dillon and Fred Johanson in Sunset Boulevard, are Anna Woodside as Hedda Hopper and Emily Bull as Hedy Lamarr who will work alongside the previously announced Julian Forsyth as Cecil B DeMille, Mark Goldthorp as Sheldrake, Fenton Gray as Manfred, Haydn Oakley as Artie Green and James Paterson as Jonesy.

Sunset Boulevard will be the second production in the partnership between English National Opera (ENO) and the GradeLinnit Company. With music by Andrew Lloyd Webber and book and lyrics by Don Black and Christopher Hampton, Sunset Boulevard is produced by arrangement with The Really Useful Group Ltd and is based on the original Paramount film by Billy Wilder.

Lonny Price will direct the strictly limited run of 43 performances at ENO’s London Coliseum which begins on 1 April 2016 with press night on 4 April 2016 at 7.30pm and will have its final performance on 7 May 2016. The full ENO orchestra will appear on stage alongside the cast in this semi-staged production. Orchestrations are by David Cullen and Andrew Lloyd Webber with choreography by Stephen Mear, set designs by James Noone, costume designs by Tracy Christensen, Glenn Close’s costumes designs by Anthony Powell, sound by Mick Potter and lighting by Mark Henderson. Musical Director is Michael Reed who also conducts.

In her mansion on Sunset Boulevard, faded, silent-screen goddess, Norma Desmond, lives in a fantasy world. Impoverished screen writer, Joe Gillis, on the run from debt collectors, stumbles into her reclusive world. Persuaded to work on Norma’s ‘masterpiece’, a film script that she believes will put her back in front of the cameras, he is seduced by her and her luxurious life-style. Joe becomes entrapped in a claustrophobic world until his love for another woman leads him to try and break free with dramatic consequences.