THE OTHER PALACE Announces Autumn/Winter Season in The Other Studio 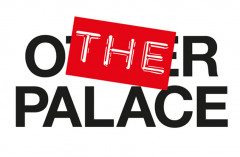 The Other Palace is delighted to announce the upcoming shows in the Autumn/Winter Season for The Other Studio.

There is an exciting mix of one-night performances and longer running shows in October and November beginning with “Come Join the Dots” on Friday 27 October; an evening of slick and sophisticated close part harmony, with just a dash of mischief. Fresh from their sell-out run at the Edinburgh Fringe, “Hot Gay Time Machine” covers all the moments of a gay man’s life from coming out to navigating the naked politics of the locker room and runs for six performances from Monday 6 November to Wednesday 8 November. The National Youth Music Theatre return to The Other Palace for an evening celebrating the “Great American Songbook” on Saturday 25 November; and on Monday 27 November and Tuesday 28th November Niv Petel explores the effects of National Service on everyday life in “Knock Knock”.

Get into the festive spirit from early December and “Celebrate Christmas with Natalie Rushdie” as she performs a selection of Diva and Christmas Classics on Saturday 2 December. “The Barricade Boys – Christmas Cabaret” lights up the stage from Tuesday 5 December to Saturday 23 December showcasing some of the world’s finest male voices from the West End, International Tour and Hollywood movie of the world’s longest running musical - Les Misèrables.

Artistic Director Paul Taylor Mills said: “I am thrilled that the studio continues to offer a diverse programme of new music, comedy, variety and factual entertainment firmly establishing The Other Palace as a venue for all. As well as our produced programme we continue to nurture and foster new musicals at the start of their journey.”

Come Join the Dots
Come Join The Dots – Helen, Lucinda and Robine - for an evening of slick and sophisticated close part harmony, with just a dash of mischief. To begin, The Dots Do The Silver Screen – a celebration of the Hollywood musicals of the 30s and 40s. And for their second act, The Dots Do The Divas - a salute to the greatest female vocalists of all time. Expect shiny new musical arrangements plus dotty shenanigans as The Dots Do The Other Palace!

Hot Gay Time Machine
Fresh from their sell-out run at the Edinburgh Fringe, join Zak and Toby as they take you on an extravaGAYnza of outrageous dances, hilarious comedy and mind-blowing original songs that will BLOW your minds. So what are you waiting for? Gay marriage? Well we got that already, so come party with the gays!

NYMT PLATFORM: The Great American Songbook
Founded in 1976, the National Youth Music Theatre has performed in 200 venues throughout the UK, from Glyndebourne and the National Theatre to the Royal Opera House, Shakespeare’s Globe and at eight West End theatres. Of their countless productions, over 50 have been new music theatre works.

The National Youth Music Theatre returns to the studio at The Other Palace for the second in their series of NYMT Platform concerts showcasing outstanding young talent in cabaret performances. This programme features fresh interpretations of favourites from the Great American Songbook alongside new material inspired by the golden age of American popular music.

Knock Knock
How would you raise your child, if you knew that one day their turn will come to hold a rifle?

As a liaison officer for the army, Ilana, a single mother, supports families who’ve lost their sons and daughters to the wars. But when the time comes for her own only son to wear the army uniform, she faces a life-changing dilemma.

How is it to grow up in a place where children are destined to be soldiers from the day they are born? The parents– all former soldiers themselves – know that one day, a liaison officer might knock on their door too.

Writer Niv Petel weaves a vivid and detailed familial relationship in this immersive physical mono-drama about the effects of National Service on everyday life. Inspired by real life situations, and with a lot of humour, “Knock Knock” cuts through the thick curtain of politics to tell a story about parenthood, friendship, love and sacrifice.

Natalie has toured the UK with Classic BRIT Award winners “Blake” and performed the National Anthem an amazing five times at Wembley Stadium earning her the moniker ‘The Voice of Wembley’. Natalie is accompanied by acclaimed pianist Ed Bussey.

The Barricade Boys - Christmas Cabaret
After sell-out performances in London’s West End, an appearance at the St James Theatre on Broadway and many international dates, “The Barricade Boys” are quickly securing their place as theatre land’s newest and most exciting male vocal group!

Come and join the Christmas party as they, not only, perform the world’s greatest show tunes but also celebrate music from some of the most iconic names in the music industry, from powerful ballads and beautiful operatic arias to some of the best pop, rock and swing numbers of all time.

As well as appearing in the World’s longest running musical, Les Miséables, and playing major leading roles in musical theatre The Barricade Boys have being guests on many primetime TV shows including, “The Paul O’Grady Show”, “Sunday Night at the Palladium”, “Children In Need”, “Ant and Dec’s Saturday Night Takeaway” and most recently “Best Time Ever” with Neil Patrick Harris.