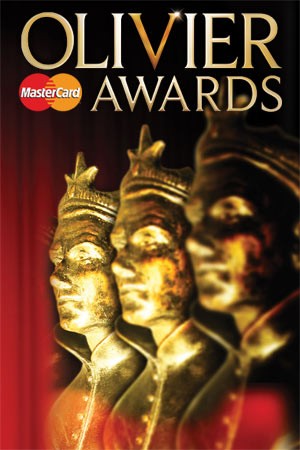 The Almeida Theatre is the big winner scooping eight awards at the 38th Olivier Awards.

On Sunday, the winners of the 38th Olivier Awards, the most prestigious event in the UK theatrical calendar, were announced in front of a packed audience at a glamorous ceremony at London’s Royal Opera House hosted by Stephen Mangan and Gemma Arterton.

The runaway winner on the night was the Almeida Theatre, as their West End transfers of Chimerica and Ghosts received eight Awards including Best Actress and Best Supporting Actor for Lesley Manville’s and Jack Lowden’s performance in Ghosts, which also won Best Revival. Lucy Kirkwood’s Chimerica, which enjoyed sell out runs at the Almeida Theatre and Harold Pinter Theatre, picked up Best New Play, Best Director for Lyndsey Turner, Best Set Design for Es Devlin, Best Lighting Design for Tim Lutkin and Finn Ross, and Best Sound for Carolyn Downing.

Rory Kinnear won Best Actor for his portrayal of Iago in the National Theatre’s production of Othello and Sharon D Clarke was named Best Actress in a Supporting Role for The Amen Corner, also at the National.

Broadway export The Book Of Mormon cleaned up in the musical categories winning four Awards including Best New Musical, Best Theatre Choreographer for Casey Nicholaw, Best Actor in a Musical for Gavin Creel and Best Performance in a Supporting Role in a Musical for Stephen Ashfield.

Once at the Phoenix Theatre won Best Actress in a Musical for Zrinka Cvitešić and Outstanding Achievement in Music for Martin Lowe (composition and arrangements) and Glenn Hansard and Markéta Irglová (music and lyrics).

Merrily We Roll Along was named Best Musical Revival after its five star transfer to the Harold Pinter Theatre, Jeeves & Wooster In Perfect Nonsense at the Duke of York’s Theatre was awarded Best New Comedy and the Royal Opera House’s first West End transfer The Wind In The Willows at the Duchess Theatre won Best Entertainment and Family.

The BBC Radio 2 Audience Award, voted for entirely by the general public was presented to Les Misérables for a second time in the awards history.

The ceremony was attended by great and the good of the theatrical world and also featured special performances from Broadway star and two-time Tony Award-winning actress Bernadette Peters and international opera sensation Joseph Calleja, and live performances from all the nominated productions in both the Best New Musical category. The evening was ended in a showstopping finale from ABBA's Benny Andersson and Björn Ulvaeus to celebrate 15 years of the hit show MAMMA MIA!