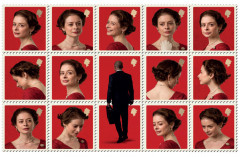 With SS Mendi, a co-production with Isango Ensemble, opening this week at Royal Opera House, Director of Nuffield Southampton Theatres, Samuel Hodges, today announces the full cast for a new staging of Peter Morgan’s The Audience. Samuel Hodges directs Lizzie Hopley as Margaret Thatcher and Bobo MacDonald, Paul Kemp as all other Prime Ministers, Sharon Singh as The Equerry and Fay Burwell and Maddie Farmer share the role of Young Elizabeth, joining the previously announced Faye Castelow as Queen Elizabeth II. The production opens on 30 May, with previews from 24 May, and runs until 22 June.

For 65 years, the Queen has met her Prime Minister every week in an Audience at Buckingham Palace. Both parties agree never to repeat what is said. Not even to their spouses.

What is discussed? What secrets are shared? Does her Majesty have her favourites?

Sometimes intimate, often confessional, occasionally explosive, The Audience imagines the private moments that define a changing Britain. One head of state. Endless heads of government. This play asks where the real power lies.

Nuffield Southampton Theatres Director Samuel Hodges directs an intimate and re-worked production of the smash hit play from Peter Morgan, the writer of the critically acclaimed TV series The Crown and the Oscar award winning film The Queen.

Samuel Hodges, Director of Nuffield Southampton, said today, “This is a play that interrogates where power lies. Is it in the parade of middle aged, almost entirely male prime ministers or the unchanging, unwavering woman they meet with? For that reason I knew I wanted to cast one actor to play all of the male PMs from the start.

I’m really pleased to have such a strong local presence in the cast with Sharon, who grew up minutes from our new theatre, and both of our young Elizabeths from the local area, one a member of our youth theatre.”

Peter Morgan’sother work for theatre includes Frost/Nixon. His television work includes The Crown, The Lost Honour of Christopher Jefferies, The Jury, The Special Relationship, Longford, Colditz, Henry VIII and The Deal; and for film, Rush, 360, Hereafter, State of Play, The Damned United, The Other Boleyn Girl, The Last King of Scotland and The Queen.

Faye Castelow plays Queen Elizabeth II. Her theatre credits include The Rover, The Witch of Edmonton, The White Devil, The Roaring Girl (RSC), Man and Superman, After the Dance, Time and the Conways (National Theatre), Nijinsky, The Deep Blue Sea (Chichester Festival Theatre), How to be Another Woman (Gate Theatre), Mountain Hotel and The American Clock(Orange Tree Theatre). Her television credits include Pure and Rellik.

Samuel Hodges is Director of Nuffield Southampton Theatres (NST). His productions for NST include The Shadow Factory, Dedication - Shakespeare and Southampton, and The Glass Menagerie. Previously he founded the HighTide Festival Theatre in 2007 and was the Artistic Director for five years, during which time he produced over 25 new plays, co-producing with the National Theatre, The Old Vic and the Bush Theatre, amongst others. Between 2012 and 2014, he ran the Criterion Theatre in London's West End, for whom he curated a late-night programme and a one-off summer season of new work to celebrate the London Olympics.

Nuffield Southampton Theatres is one of the UK’s leading professional theatre companies. The company is led by Samuel Hodges, supported by a team of associates: directors Blanche McIntyre, Natalie Abrahami and Michael Longhurst, playwright Adam Brace, choreographer Drew McOnie and poet Inua Ellams. NST develops and produces work with some of the UK’s most exciting and dynamic regional theatres. NST’s awards include Best Director at UK Theatre Awards 2013 for The Seagull, Regional Theatre of the Year at The Stage Awards 2015, Best Design at UK Theatre Awards 2015 for The Hudsucker Proxy and the 2017 Renee Stepham UK Theatre Award for Best Presentation of Touring Theatre for Fantastic Mr Fox. In 2018 NST was nominated for three awards in the UK Theatre Awards 2018 - Best Design for The Shadow Factory; The Renee Stepham Award for Best Presentation of Touring Theatre for A Streetcar Named Desire, and Achievement in Marketing and Audience Development for the NST City opening campaign.

NST City is Nuffield Southampton Theatres new venue which opened in Southampton’s city centre in 2018. The theatre’s programme runs alongside NST Campus situated on the Highfield Campus at the University of Southampton.