Maggie Smith returns to stage in A GERMAN LIFE, a new play by Christopher Hampton, directed by Jonathan Kent 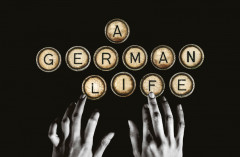 Maggie Smith will return to the stage for the first time in twelve years in A German Life, a new play by Christopher Hampton drawn from the life and testimony of Brunhilde Pomsel (1911-2017). Maggie Smith, alone on stage, plays Brunhilde Pomsel.

Directed by Jonathan Kent, previews begin on 6 April 2019 with the opening night on Friday 12 April for a five-week run until 11 May. All performances are at 7.30pm. Booking opens today to Bridge priority members and public booking is from 10am (GMT) on 26 February.

Design is by Anna Fleischle, lighting by Jon Clark with sound by Paul Groothuis.

Brunhilde Pomsel’s life spanned the twentieth century. She struggled to make ends meet as a secretary in Berlin during the 1930s, her many employers including a Jewish insurance broker, the German Broadcasting Corporation and, eventually, Joseph Goebbels.

Christopher Hampton’s play is drawn from the testimony Pomsel gave when she finally broke her silence shortly before she died to a group of Austrian filmmakers, and from their documentary A German Life (Christian Krönes, Olaf Müller, Roland Schrotthofer and Florian Weigensamer, produced by Blackbox Film & Media Productions).

“I had no idea what was going on. Or very little. No more than most people. So you can’t make me feel guilty.”

Maggie Smith has had an extensive career in theatre, film and television. Her many awards include two Academy awards, five BAFTAs, four Emmys, nine Evening Standard awards and a Tony. She was made DBE in 1990 and a Companion of Honour in 2014.