by Best of Theatre Staff on Wednesday 24 January 2018, 9:28 am in Cast Changes and Announcements 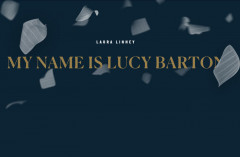 Laura Linney will make her London Theatre debut in Pulitzer Prize-winning Elizabeth Strout’s My Name is Lucy Barton, directed by Richard Eyre at the Bridge Theatre. Running from 2 – 23 June 2018 with opening night on 6 June at 7pm, this haunting dramatic monologue is adapted by Rona Munro from Strout’s 2016 New York Times best-selling short novel of the same name. My Name is Lucy Barton will be designed by Bob Crowley. For this strictly limited 3 week run, evening performances are Monday to Saturday at 7.45pm with Saturday matinees at 2.30pm.

Unsteady after an operation, Lucy Barton wakes to find her mother sitting at the foot of her bed. She hasn’t seen her in years, and her visit brings back to Lucy her desperate rural childhood, and her escape to New York. As she begins to find herself as a writer, she is still gripped by the urgent complexities of family life.

Laura Linney and Richard Eyre are reunited for this production following their previous collaborations - on stage Eyre directed Linney in a Broadway production of Arthur Miller’s The Crucible and on screen he directed her in his and Charles Wood’s adaptation of Bernhard Schlink’s The Other Man.

Golden Globe and Emmy award-winning Laura Linney will make her London stage debut as Lucy Barton.On Broadway she made her debut in Six Degrees of Separation and subsequently played Nina in The Seagull, Thea Elvsted in Hedda Gabler, Yelena Andreyevna in Uncle Vanya, Elizabeth Proctor in The Crucible, La Marquise de Merteuil in Les Liaisons Dangereuses and most recently alternated the roles of Regina Hubbard Giddens and Birdie Hubbard in The Little Foxes for the Manhattan Theatre Club.On film she made her screen debut in Lorenzo’s Oil and was most recently seen in The Dinner. Her extensive film credits also include The Truman Show, Kinsey, Sully, Primal Fear, Hyde Park on Hudson, You Can Count on Me and Mystic River. Her many small screen credits includeTales of the City, The Big C which she also produced, Frasier, and most recently Ozark for Netflix with a second series set for later this year.

Elizabeth Strout’s debut novel was Amy and Isabelle which was subsequently adapted into a film for HBO. Her further writing credits are Abide with Me, Olive Kitteridge which was adapted into an Emmy award-winning mini-series also for HBO, The Burgess Boys, My Name is Lucy Barton and Anything is Possible.

Rona Munro has written extensively for stage, radio, film and television including the award-winning trilogy The James Plays for the National Theatre of Scotland, the National Theatre and the Edinburgh International Festival. Her other theatre writing credits include Scuttlers for the Royal Exchange Theatre, Iron and The Last Witch for the Edinburgh International Festival and Little Eagles for the Royal Shakespeare Company.

Richard Eyre is a multi award-winning theatre, film, opera and television Director. Eyre was Director of the National Theatre from 1988-1997 and alongside his numerous theatrical awards was the recent recipient of the Companion of Honour. His Bristol Old Vic production of A Long Day’s Journey into Night has recently transferred to Wyndham’s Theatre.