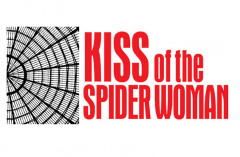 The Menier Chocolate Factory, in association with Darren Bagert, today announces that Samuel Barnett (Molina) and Declan Bennett (Valentin) join the company of their new production of Manuel Puig’s ground-breaking novel Kiss of the Spider Woman in a new adaptation by José Rivera and Allan Baker. Laurie Sansom directs this iconic play, making his Menier debut. The production opens on 21 March, with previews from 8 March, and runs until 5 May.

A provocative tale of love, victimisation, fantasy and the friendship that develops between two strikingly different men imprisoned together in a Latin American jail.

Manuel Puig (1932-1990) was an Argentinian novelist, playwright and screenwriter. His other major novels include Betrayed by Rita Hayworth, Heartbreak Tango and The Buenos Aires Affair; and his plays include Under a Mantle of Stars: A Play in Two Acts.

José Rivera is a playwright and screenwriter. His work for the theatre includes Marisol, Cloud Tectonics, References to Salvador Dali Make Me Hot and Sonnets for and Old Century. He has won two Obie Awards for playwriting, a Kennedy Center Fund for New American plays Grant, a Fulbright Arts Fellowship in playwriting, a Whiting Award, a McKnight Fellowship, the 2005 Norman Lear Writing Award, a 2005 Impact Award and a Berilla Kerr Playwriting Award. As a screenwriter, he is perhaps best known for The Motorcycle Diaries for which he was nominated for an Academy Award for Best Adapted Screenplay.

Allan Baker’s first translation was Kiss of the Spider Woman. He also did the adaptation and screenplay of Storia di una Capinera (Sparrow). His television work includes Dead Entry, Aliens in the Family, Just William, and El Tránsfuga.

Laurie Sansom directs – making his Menier debut. He was previously Artistic Director of the National Theatre of Scotland and the Royal and Derngate in Northampton. His work includes for the National Theatre: The Driver’s Seat, The James Plays, The Holy Rosenbergs, Spring Storm, Beyond the Horizon (also Royal and Derngate – TMA Award and Evening Standard nomination for Best Director); for Royal and Derngate, One for the Road, Hedda Gabler, Blood Wedding, The Bacchae, Eden End, Spring Storm, The Duchess of Malfi, My Zinc Bed, The Prime for Miss Jean Brodie and Follies; and Frankie and Tommy (West Yorkshire Playhouse and Garrick Theatre), Villette, Playing God, Inglorious Technicolour, Soap, I Ought to be in Pictures and Spittin’ Distance (Assembly Rooms).