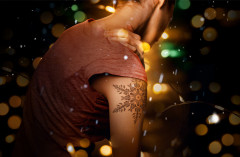 With the world premiere of Samuel Adamson’s Wife running at the theatre, Blues in the Night in rehearsals, Florian Zeller’s The Son due to transfer to the West End and Handbagged running in New York, Artistic Director of Kiln Theatre Indhu Rubasingham today announces the London première of Mike Bartlett’s latest play Snowflake which will run at Kiln Theatre over Christmas.

Snowflake was originally created for the Old Fire Station in Oxford, a trailblazing venue run in partnership with homeless charity Crisis. Following critical acclaim, this new work by triple Olivier Award-winning playwright Mike Bartlett has been relocated to contemporary Kilburn - where Bartlett lived for a decade.

Artistic Director of Kiln Theatre, Indhu Rubasingham said today, “I am very excited to be bringing Snowflake to London and for Mike Bartlett to be re-setting it, right here in Kilburn. Mike has written a beautiful and current piece which is both a sensitive human story and response to the political uncertainty and disarray we currently find ourselves in. I can’t wait for Mike and Clare to tell this very special story here at Kiln Theatre.”

Announcing the transfer, Mike Bartlett said, “I've lived in just two places in my life: Kilburn and Oxford. Snowflake is a play fundamentally about home and identity, so when the chance to bring it to London came up, Kiln Theatre was the perfect place - and I'm looking forward to finding new resonances in what became my second home in London.”

DirectorClare Lizzimore’s production opens on 16 December, with previews from 10 December, and runs until 18 January 2020. Casting to be announced shortly; and for a full schedule over Christmas, please see the website.

‘Because Christmas. Well… That’s when they say people come home.’

Andy’s 43. He loves nostalgic TV and pints down the Kilburn High Road. His daughter Maya is 21. She left home three years ago and hasn’t spoken to him since. This Christmas, Andy knows she’s coming back - Maya knows she’s not.

Snowflake is an epic story about generational conflict, fathers and daughters, and whether we’re living in the best or worst of times...

Clare Lizzimore is an award-winning writer and director. Snowflake is her second collaboration with playwright Mike Bartlett, following Bull (Young Vic, Sheffield Theatres & 59E59 New York), which won the Olivier Award for Outstanding Achievement in An Affiliate Theatre. She has also won a Channel 4 Theatre Directors Award (Formally the RTYDS Award) and Arts Foundation Theatre Directing Fellowship; and she was previously resident director at Citizens Theatre, Glasgow and staff director at the National Theatre. Her other directing credits include One Day When We Were Young (Paines Plough/Sheffield Theatres/Shoreditch Town Hall), Lay Down Your Cross, On The Rocks (Hampstead Theatre), Pieces of Vincent(Arcola Theatre), Faces In The Crowd, The Mother (Royal Court Theatre), Fear and Misery, War and Peace (Royal Court Theatre/Latitude), The Most Humane Way To Kill a Lobster (Theatre503), and Tom Fool (Glasgow Citizens/Bush).