by Best of Theatre Staff on Wednesday 22 June 2022, 2:46 pm in Cast Changes and Announcements 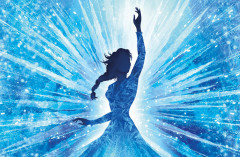 Disney Theatrical Productions today announces that their critically acclaimed production of Frozen is extending until March 2023 due to public demand. With music and lyrics by Kristen Anderson-Lopez and Robert Lopez, book by Jennifer Lee, and directed by Michael Grandage, the production opened at Theatre Royal Drury Lane in August last year, and has been playing to capacity houses since, recently receiving 7 WhatsOnStage Awards – the most of any production - and 4 Olivier Award nominations, including Best New Musical.