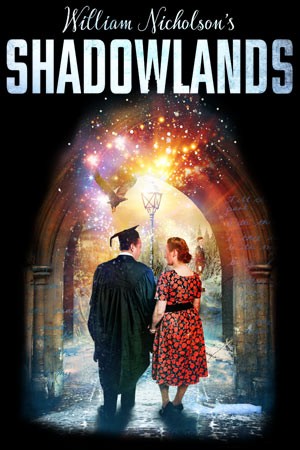 Due to health issues, Tony Slattery has sadly had to withdraw from the 2016 national tour of William Nicholson’s SHADOWLANDS, and the producers, director and cast wish him a speedy recovery. Denis Lill has kindly agreed to step into the role of Warnie and has joined rehearsals today.

Producers, Jon and Anne-Marie Woodley of Birdsong Productions, said of the news, “We are very sorry that Tony has had to leave and along with all the company of SHADOWLANDS, we send our love and best wishes. We are delighted that Denis has so kindly agreed to step in at such short notice to take on the role of Warnie. Having both previously worked with Denis, we know he will be a lovely addition to the talented cast and crew of SHADOWLANDS."

The cast of SHADOWLANDS will be led by Stephen Boxer (Humans, The Iron Lady, Garrow’s Law, Doctors) as C.S. Lewis and Amanda Ryan (The Forsyte Saga, Shameless) as Joy Davidman, along with Denis Lill (The Royal, Only Fools and Horses, Rumpole of the Bailey) as Major W.H. Lewis 'Warnie'. They will be joined by Simon Shackleton as Professor Christopher Riley, Jeffrey Harmer as Rev ‘Harry’ Harrington, Ian Marr as Alan Gregg, Richard Holliday as Dr Maurice Oakley and Shannon Rewcroft as Douglas, with Holly Smith and Alistair Higgins playing multiple supporting roles.

SHADOWLANDS, by William Nicholson, tells the love story of C.S. Lewis, Oxford don and author of The Chronicles of Narnia and The Screwtape Letters, and American poet Joy Davidman. What begins as a formal meeting of two very different minds slowly develops into a feeling of connection and love. Lewis finds his quiet life with his brother Warnie disrupted by the outspoken, feisty Davidman, whose uninhibited behaviour offers a sharp contrast to the rigid sensibilities of the male-dominated university. Each provides the other with new ways of viewing the world, but Lewis’s Christian faith is tested when Joy is diagnosed with cancer.

This major revival of SHADOWLANDS is produced by Birdsong Productions, the people behind the recent critically-acclaimed and hugely successful touring productions of Birdsong and Flare Path, in association with Guildford's Yvonne Arnaud Theatre.

SHADOWLANDS will have Lighting Design by Alex Wardle and Sound Design by Dominic Bilkey.