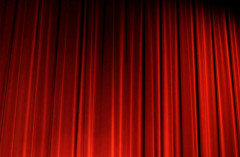 Alex Turner Productions and Trish Wadley Productions, in association with Park Theatre, today announce the 10th anniversary revival of Bruce Norris’ seminal play Clybourne Park. The production opens on 30 March, with previews from 25 March, and runs until 2 May.

A timely 10th anniversary production of this razor-sharp satire about the politics of race and real estate, winner of both the Tony and Olivier Award for Best Play and the Pulitzer Prize for author Bruce Norris.

In 1959, Russ and Bev are moving to the suburbs after the tragic death of their son and have sold their house to the neighbourhood’s first black family.

Decades later, the roles are reversed when a young white couple buys the lot in what is now a predominantly black neighbourhood, signalling a new wave of gentrification. In both instances, a community showdown takes place – are the same issues festering beneath the floorboards fifty years on?

Bruce Norris is an American actor and playwright who lives in New York. He is the author of Clybourne Park, which premiered at Playwrights Horizons in New York, in 2010, before transferring to the Royal Court Theatre and the West End. A playful response to Lorraine Hansberry’s seminal drama, A Raisin in the Sun, Clybourne Park is the only play to date to have received the Pulitzer Prize for Drama and the Tony, Olivier and Evening Standard Awards for Best Play. His other plays include The Infidel (2000), Purple Heart (2002), We all Went Down to Amsterdam (2003), The Unmentionables (2006), A Parallelogram (2010) and Downstate (2018) which were all first produced by Steppenwolf Theatre Company in Chicago; The Pain and the Itch (Playwrights Horizons, Steppenwolf, 2004, Royal Court Theatre, 2007; winner of Chicago’s Jefferson Joseph Award for Best New Work); The Low Road (Royal Court Theatre, 2013), Domesticated (Lincoln Center, 2013), and The Qualms (Playwrights Horizons, 2014). He is the recipient of the Steinberg Playwright Award (2009) and the Whiting Foundation Prize for Drama (2006). As an actor he can be seen in the films A Civil Action, The Sixth Sense and All Good Things.

Oliver Kaderbhai is an actor, director, producer and founding Artistic Director of DELIRIUM. He is currently performing in The Man in the White Suit at the Wyndham’s Theatre. His experience in the UK spans Fringe to the West End working with actors such as Andrew Scott, Kate Fleetwood, James Norton and Orlando Bloom, and he has created six productions with DELIRIUM which have sold out venues across the UK. Director credits include Striking 12 (Union Theatre), Songs of Abdulkarim (59 Productions), Peter Pan (Co-Director, Chichester Festival Theatre), One Minute (The Vaults), The Provok’d Wife (Go People), From Where I’m Standing (Pegasus Theatre), Oranges on the Brain (Pegasus Theatre), Go To Your God Like A Soldier (Old Vic Tunnels), and Your Nation Loves You (Old Vic Tunnels). Movement Director credits include Killer Joe (Trafalgar Studios), The Dazzle (Found 111), BUG (Found 111), Almost Maine (Park Theatre), Phenomena (The Albany), Dhow Under The Sun (KSF/META, UAE); and Assistant or Associate Director credits include Jesus Christ Superstar, Running Wild (Regent’s Park Open Air Theatre) and Guys and Dolls (Playmakers Rep, USA) .

His career has spanned producing major premières and revivals of plays and musicals at theatres including Sheffield Theatres and the Bush Theatre (as Interim Producer for both); project management, including TheatreCraft 2018, the UK’s largest theatre careers event; and working on the general management of internationally acclaimed plays and musicals at Playful Productions, including The Audience starring Kristin Scott Thomas, the West End première of Kinky Boots, No Man’s Land starring Ian McKellen and Patrick Stewart, Don Juan in Soho starring David Tennant and Lady Day at Emerson’s Bar & Grill starring Audra McDonald, where he also worked on the development of new work for the company. He has also worked as a co-founding Artist and Producer with non zero one, with whom he devised interactive theatre productions for the Barbican, National Theatre, Bush Theatre, Science Museum and Edinburgh and lectured on the Undergraduate Drama and Theatre degree at Royal Holloway, University of London.

Alex is proud to be supported by a Stage One Bursary and a MGCfutures Bursary, he speaks on the Stage One Workshop for New Producers, Stage One Bridge the Gap scheme and mentors on the UKT Mentoring Programme.

Trish Wadley has worked at the Bush Theatre and Tricycle Theatre and is an independent producer creating innovative productions in theatres and site specific locations both on and off the West End.

Most recently she produced The Wider Earth, a play about Charles Darwin’s voyage on the Beagle, which was staged in a purpose built-theatre at The Natural History Museum. The highly successful season ran for 5 months, was nominated for an Olivier Award and was attended by the Duke and Duchess of Sussex.

For Defibrillator, as Executive Producer: A Lie Of The Mind (Southwark Playhouse), Speech & Debate (Trafalgar Studios), The Hotel Plays (Grange Hotel and Langham, London), Hard Feelings and The One Day of the Year (Finborough Theatre), The Armour (Langham, London) and Insignificance (Langham Place, New York).

Trish is proud to be supported by a Stage One Bursary.