by Best of Theatre Staff on Friday 2 June 2017, 10:01 am in Cast Changes and Announcements 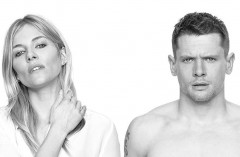 The twelve-week run in the West End at the Apollo Theatre begins previews on 13 July 2017 with press night on 24 July. The last performance is 7 October 2017. Set designs are by Magda Willi with costume designs by Alice Babidge, lighting by Jon Clark and sound design by Gareth Fry. Music is by award-wining composer and musician Jed Kurzel.

The truth hurts. On a steamy night in Mississippi, a Southern family gather at their cotton plantation to celebrate Big Daddy’s birthday. The scorching heat is almost as oppressive as the lies they tell. Brick and Maggie dance round the secrets and sexual tensions that threaten to destroy their marriage. With the future of the family at stake, which version of the truth is real – and which will win out?

Lisa Palfrey’s theatre credits include Junkyard for Headlong, Much Ado About Nothing for Theatre Clwyd, The Seagull for Regent’s Park Open Air Theatre, The Kitchen Sink for the Bush Theatre, Red Bud, Ingredient X and Under The Blue Sky all for the Royal Court Theatre, Festen and The Iceman Cometh both for the Almeida Theatre and Cardiff East and Under Milk Wood both for the National Theatre. Her film credits include Pride, The Englishman Who Went Up a Hill But Came Down a Mountain, House of America, Under Milk Wood and Guest House Paradiso. Her television credits include Hinterland, The Line of Duty, Green Hollow, Casualty, and Family Tree.

Hayley Squires’ theatre credits include The Pitchfork Disney at Shoreditch Town Hall and As Good a Time as Any at The Print Room. For the role of Katie in Ken Loach’s Palme d’Or winning I, Daniel Blake she won the British Independent Film Award for Most Promising Newcomer, the Evening Standard British Film award for Best Supporting Actress and also received a BAFTA nomination for Best Supporting Actress. Her other credits include Giantland, Away, Polar Bear, A Royal Night Out and Blood Cells. Her television credits include The Miniaturist, Collateral, Philip K. Dick’s Electric Dreams, The Commuter, Murder, Southcliffe, Complicit and Call The Midwife.

Brian Gleeson was most recently seen on stage in The Weir at the Lyceum Theatre, Edinburgh. His other theatre credits include The Walworth Farce at the Olympia Theatre, Dublin and the Donmar Warehouse production of The Night Alive, which also ran at the Atlantic Theatre in New York. His film credits include Assassin’s Creed, The Flag, Tiger Raid, History’s Future, Standby, Darkness on the Edge of Town, Stay, Snow White and The Huntsman. His television work includes the lead role of Jimmy Mahon in the RTÉ series Rebellion, Quirke and Stonemouth. His film work due for release this year includes Steven Soderbergh's feature film Logan Lucky, Darren Aronofsky’s Mother!, and Paul Thomas Anderson’s Phantom Thread.

Richard Hansell’s more recent theatre credits include Lazarus at the King’s Cross Theatre, the Young Vic’s production of A View From the Bridge which transferred to the West End and then to Broadway and Macbeth at the Trafalgar Studios. His other theatre credits include Tonight at 8.30 for Chichester Festival Theatre, The Madness of King George III at the Apollo Theatre, The Bridge Project at the Old Vic and the Brooklyn Academy of Music, Troilus and Cressida for Shakespeare’s Globe, Rosencrantz and Guildenstern Are Dead, School for Scandal and Hamlet all for English Touring Theatre and A Patriot For Me and Two Gentlemen of Verona for the Royal Shakespeare Company. His television credits include And Then There Were None, Downton Abbey, Spooks, The Royal, Miracle Landing on The Hudson and E=MC2, and on film his credits include Shine, The Wolfman and Hamlet.

Michael J Shannon’s theatre credits include The Dining Room and The Glass Menagerie, both at Greenwich Theatre, Artichoke for the Tricycle Theatre, Totally Foxed at the Theatre Royal Bath, The Price at the Leicester Haymarket, The End of the World at Nuffield, Southampton, A Thousand Clowns at the Palace, Watford and A Delicate Balance at the Nottingham Playhouse. His television credits include We’ll Meet Again, Boston Legal and Brothers & Sisters.

For this Young Vic production, there are seats available at £10 for under 25s for each performance booked through the Young Vic Box Office. Cat On A Hot Tin Roof is the Young Vic’s first production to debut in the West End and is presented by the Young Vic and The Young Ones. Previously the Young Vic have transferred A View from a Bridge, Golem, Romeo and Juliet, The Scottsboro Boys, Simply Heavenly, Tintin and A Doll’s House.

Cat On A Hot Tin Roof