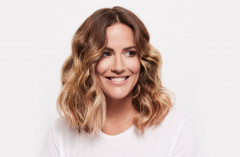 Caroline Flack will star as Roxie Hart in CHICAGO from 10 December 2018 until the end of the show’s run at the Phoenix Theatre on 5 January 2019.

Sarah Soetaert plays the role of Roxie Hart until 8 December.

Caroline Flack is the presenter of the BAFTA award-winning Love Island. Her other presenting credits include The X Factor, The Xtra Factor and I’m A Celebrity Get Me Out Of Here Now! She made her stage debut as Irene Roth in the national tour of Crazy For You playing to rave reviews and sell out business. Caroline won the 2014 series of BBC1’s Strictly Come Dancing and will return for this year’s Christmas special on Christmas Day.

Caroline said today “I’ve been imagining playing Roxie since I was a teenager. To have now landed the role in the West End is a dream come true. I hope I do everyone proud and don’t fall off the ladder!”